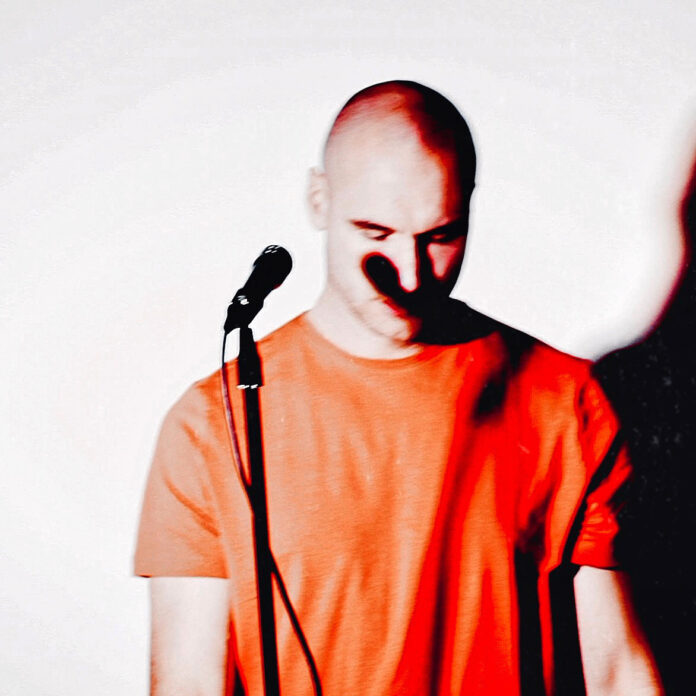 “Battle Scars” owes to a range of retro influences whilst simultaneously making a break for the offbeat allure of the future.

Written in a 1970s block of flats hemmed in by Clissold Park on one side and continuous building works on the other, Future Cavemen explains of the track’s inception:

“Recording new ideas was tricky because there were only small windows of time to make noise without disturbing neighbours or having my efforts swallowed by relentless engine noise. I was getting into mangling electronic stock beats and making them my own. Taking something pristine, tame, pretty lifeless .. And making it raw and energetic, violent.”

With words that are just as intriguing as its melodies, “Battle Scars” comes as further evidence of the solo artist taking steps beyond his comfort zone and exploring ways of writing and music-making that go far beyond the norm. He adds:

“Lyrics just seem to happen like a subconscious brainstorm. In that sense, the song sort of writes itself. Bukowksi once said: ‘Don’t try. Not for Cadillacs, creation or immortality.’ I find this comforting.”

Produced by Future Cavemen in collaboration with Kristofer Harris (Belle & Sebastian, Indoor Pets), the track is a self-assured sequel to his earlier projects including this year’s ‘II’ EP and his debut EP last year. With a strange and soulful magnetism complemented by an oddball approach to instrumentation, the extended release was praised as a “a dark indie, post-rock stompin’ banger” by Original Rock, who dubbed it as a “Spaghetti Western epic with the spirit of the late, great Mark Lanegan cast as our hero.”

Taking inspiration from the catalogues of Nick Cave & The Bad Seeds, the Dandy Warhols, QOTSA and Dick Dale, Future Cavemen blurs an eclectic array of influences and sounds from across the decades to create sounds mutant, thrilling and original.