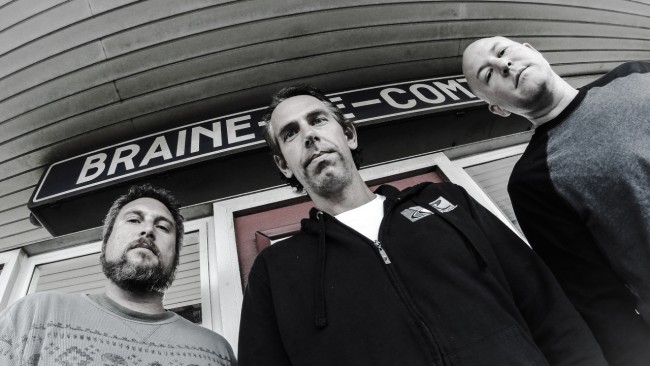 Our Andy loved it, now you can hear why
Virginia Beach’s proto-metal trio FREEDOM HAWK have teamed up with Classic Rock Magazine to unveil their head-spinning new album “Into Your Mind”, to be released next week on Small Stone Records.
“Into Your Mind” is the follow-up to their 2011’s “Holding On”, and was described by Classic Rock as “a heavy, head-spinning blend of 60s acid and fuzzily bluesy guitar with generous helpings of melodic rock and lashings of early Black Sabbath“. This is ten tracks of high-spirited heavy riffs, rolling grooves, and soulful guitars wrapped in a compelling 70’s atmosphere.
Here’s what FREEDOM HAWK had to say on this new effort: “When writing an album, our goal is to create a composition of music that contains ebbs and flows,” say the band. “Something that takes the listener through different emotions when listened to in its entirety, in hopes of creating an experience or a sonic journey. Into Your Mind is our latest attempt at achieving this goal.“
Stream new album “Into Your Mind” on Classic Rock NOW
Emanating from the barrier dunes of Virginia, FREEDOM HAWK’s heavy riffs, rolling groove, and soulful guitar melodies definitely produce a sound of their own. The trio’s brand of heavy rock capitalizes on the best of the heavy ‘70s, while presenting a modern fuzzy take based around quality songwriting rather than style-over-substance retro posturing.
FREEDOM HAWK made their debut on Small Stone Records with 2011’s Holding On. The follow-up, and their fourth album overall, is Into Your Mind, which brings a new dynamic to their buttery fuzz with all the stomp and swagger one could ask for after the previous effort.
New album “Into Your Mind”, out June 23 on Small Stone Records
CD & limited edition 180gr vinyl preorder AT THIS LOCATION
FREEDOM HAWK IS
Lenny Hines – Drums
T.R. Morton – Vocals, Guitar
Mark Cave – Bass
www.freedomhawk.net
www.facebook.com/freedomhawkmusic
https://twitter.com/freedomhawkband
www.smallstone.com