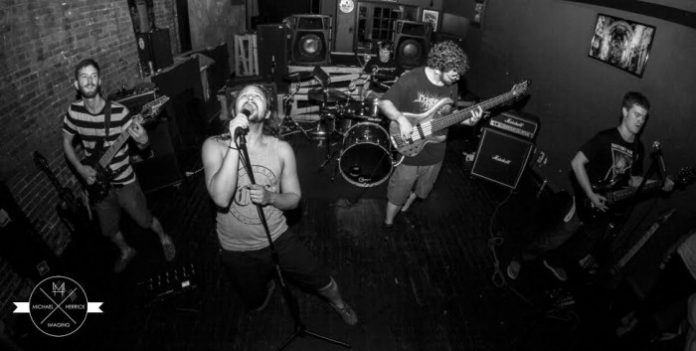 Originally released on July 2015, US progressive black metallers Amiensus  are ready to take Europe by storm with the release of their sophomore album “Ascension” in the old continent!

Although the “black metal” label was already used on this, the truth is this five-piece from Minnesota prefer to see themselves as a metal band influenced by the black metal genre that dares you to discover what the world of black metal can be like when opened up to varying influences of several non-metal and metal influences. “Ascension” is, in fact, an energetic album, with a dense and vibrant atmosphere, which will alternate between blastbeats and harsh vocals, and keyboards and clean singing provided by both male and female singers.

But don’t let yourself be scared by this fusion! If you’re up for some progressive / avant-garde music, then Amiensus is your cup of tea!

1. On These Deserted Plains
2. Towards Horizon
3. What Words Create
4. One in Spirit
5. Delphic Æther
6. Divine Potion of Acumen
7. Time is Growing Old
8. Glass Dungeon
9. What Evil Lay Dormant