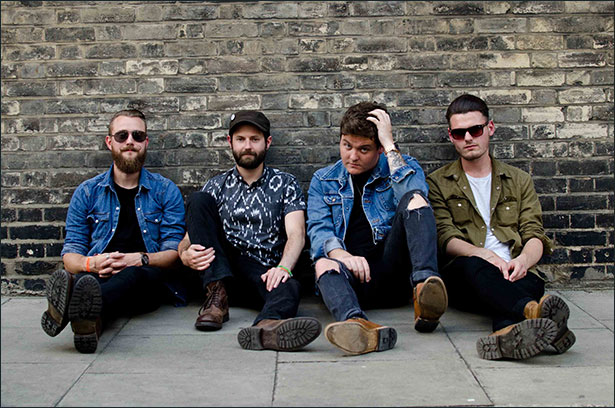 The single dovetails the band’s forthcoming 12-date UK tour with King King that kicks off at Brighton’s The Old Market on Wednesday 9th November.

‘Georgia Pine’ also features on the cover mount CD of the current issue of Classic Rock magazine, which is out now.  ‘Georgia Pine’ is the third single and title track from the Birmingham, UK, band’s recent EP release. The ‘Georgia Pine’ EP was previously only available on CD and digital formats, but will be issued on limited edition and numbered 10-inch vinyl on November 9. It’s available for pre-order from the band’s official website – http://bit.ly/2cVB9uN.

The band invited fans to star in the ‘Georgia Pine’ video by submitting their fan photos and video clips. The video which was shot on smartphones in partnership with mobile filming app Seenit, captures the incredible journey the band have been on, ever since their previous single ‘Guns’ was featured on the front page of YouTube.

Broken Witt Rebels have been nominated for Best Live Act and Best Rock Act at the inaugural Unsigned Music Awards, which will be held at London’s Troxy on October 27. The band will close the event with a live performance of recent single ‘Guns’. The following night, October 28, a Broken Witt Rebels electric session filmed for The Friday Night Rock Show on Vintage TV, will be televised.