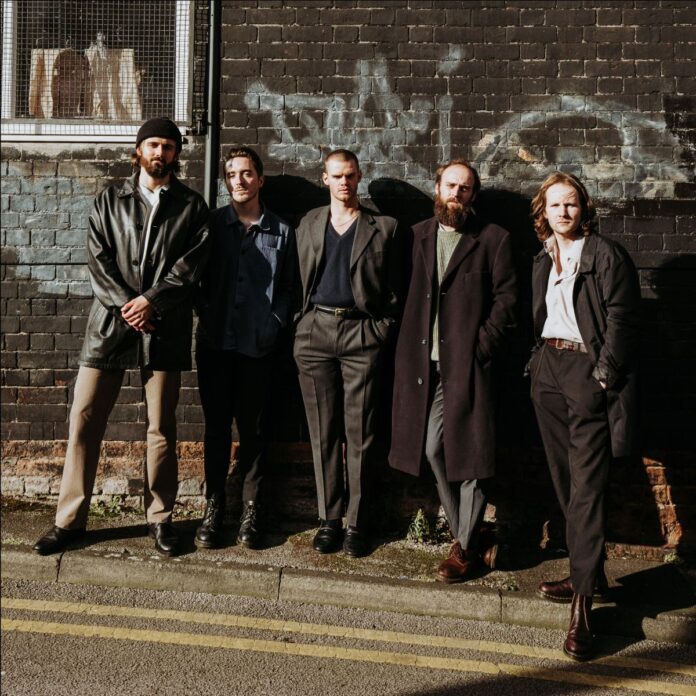 Rising Sheffield quintet SHEAFS are pleased to reveal the video for their new single ‘Vacancy’ which is set for release on 18th May 2022 via Modern Sky UK (The Lathums, Red Rum Club, SPINN).

The track is the latest to be taken from their forthcoming debut album, A Happy Medium, released on 15th July 2022 via Modern Sky UK.

Commenting on the track, which continues the band’s relationship with two-time Grammy award-winning producer Adrian Bushby, SHEAFS say: “Sadly patriotic, ‘Vacancy’ describes a nationalist’s outlook and the narrow-mindedness that it often partners with. It’s a poem that reflects a stubbornness that, once established, can’t seem to be withdrawn.”

Following a recent support tour with punk icons The Buzzcocks and their own May 2022 UK headline dates, the band recently announced a run of July 2022 UK album headline tour dates and an appearance at Tramlines Festival in Sheffield, with further live dates TBA (see below for full listings).

After releasing their debut EP Vox Pop in 2020, the band scored a ‘Next Wave’ on BBC Radio 1’s Indie Show with Jack Saunders. This has been followed by consistent support across major national radio stations including BBC Radio 1, BBC 6 Music, Amazing Radio, Radio X and Virgin Radio, and the band have also earned press plaudits from essential titles like DIY, CLASH, Gigwise and more over the years.

The band recently announced their signing to Modern Sky UK with the release of previous singles ‘En Route Distress’ and ‘Millennial’, which set the tone for what looks to be a very exciting year for the quintet and landed support from Gemma Bradley at BBC Radio 1, DORK Magazine, YouTube Music’s New Alt Indie playlist and more.