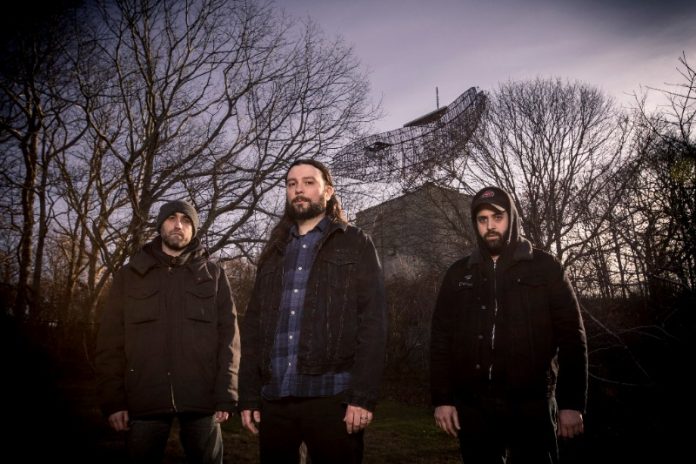 The final featured band of the year is this…..

Hailing from Long Island/Brooklyn, New York, UNEARTHLY TRANCE was forged in 2000 by Ryan Lipynsky (Guitar/Vocals) and Jay Newman (Bass) with Darren Verni (Drums) joining the following year. Over the past 15+ years, the trio has been creating the loudest, most harrowing blackened doom/sludge in the region. UNEARTHLY TRANCE established their early defining sound with the release of their first two full-lengths (2003’s Season Of Séance, Science Of Silence and 2004’s In The Red) released on Lee Dorrian’s Rise Above Records.

In 2006, UNEARTHLY TRANCE signed with Relapse Records and released three more critically acclaimed full-lengths (2006’s The Trident, 2008’s Electrocution, and 2010’s V) exposing the world to a palpable growth in their doom/sludge foundation and well-crafted songwriting. Over the years the band has brought their crushing live show across North America, the UK and Europe with legendary and acclaimed acts such as Electric Wizard, The Melvins, High On Fire, Grief, Sunn O))), Pelican, Sleep, Morbid Angel, Floor, Autopsy, Crowbar, and more.

Now seven years since their last release, UNEARTHLY TRANCE re-emerge from the shadows with their sixth full-length recording Stalking the Ghost. An esoteric ritual of seismic doom, Stalking the Ghost taps into the darkest realms of the occult over the course of seven tracks that reek of utter despair. Forming a balance between slow-churning maelstrom and spine-chilling harmony, wrapped beneath a blackened cloud of rumbling feedback, UNEARTHLY TRANCE sound more powerful and exploratory than ever before. Recorded at Menegroth/The Thousand Caves Studios by Colin Marston (Krallice, Gorguts, Panopticon) and featuring cover art by Orion Landau (YOB, Red Fang, Graves At Sea), Stalking the Ghost restores misery to a gentrifying city.