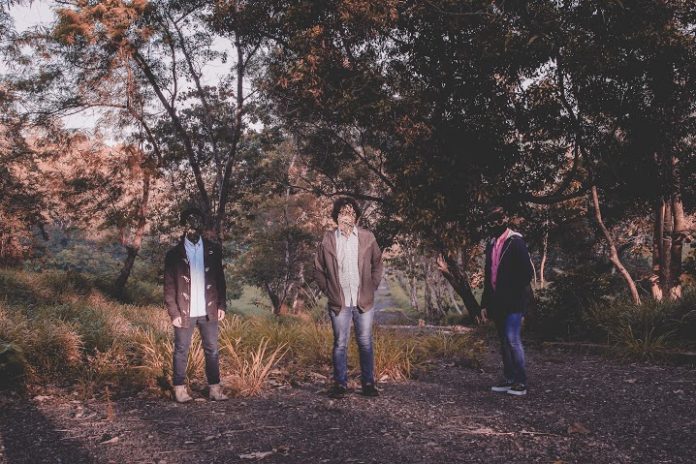 April 24, 2016
Reading time: 2 min.
Facebook
Twitter
Pinterest
WhatsApp
Linkedin
Email
Print
Telegram
Copy URL
By Andy Thorley
Instrumental rock from the Philippines
Tom’s Story is an instrumental rock trio based in Manila, Philippines. Comprised by Gabba Santiago (guitar), Tom Naval (bass), and Christer de Guia (drums), the band officially formed in 2010, during their senior year in high school. Heavily influenced by Taking Back Sunday and Circa Survive, they started playing at punk shows south of Manila.
In 2012, the band opened for Malaysian indie act Silent Scenery’s Manila tour in B-Side, Makati City. A year later, they released two tracks via a split EP with two other local bands, Legarda and Monochrome. By then, Tom’s Story’s sound has evolved from punk rock to instrumental rock, treading a significant shift in sound. During the same year, they were one of the opening acts for Singapore-based post-rock band Anechois, for the latter’s ‘A Shadow of Sound’ tour in SaGuijo, Makati City.
2014 was a busy year for Tom’s Story. Aside from playing for local gig production, A Spur of the Moment Project, among others, they were also a part of tide/edit’s Foreign Languages album launch, Wilderness’ Ballroom Dancing bar tour, and Rock Ed’s Rock the Riles (Boni Station, Mandaluyong City). In 2015, they had their first overseas gig, in Honey Hive Gallery, San Francisco, CA, along with Bay Area bands such as Ordinary Neighbors and Cstlblk. The band also was among the acts that took the Indie Stage during the annual Fête de la Musique in the country.
Tom’s Story has been a crowd favorite, consistently drawing a solid response from the live show audience and garnering recognition among peers, not just within the instrumental rock community, but the local music scene as a whole. Their rhapsodizing energy onstage, dynamically charged sets have gained favorable feedback from gig-goers, social media, and online press.
Tom’s Story Online:
https://www.facebook.com/TomsStoryPH
https://twitter.com/tomsstoryph
Previous article
THE BONNEVILLES @ Zephyr Lounge, Leamington Spa 23/4/16
Next article
The Hottest Games In The World