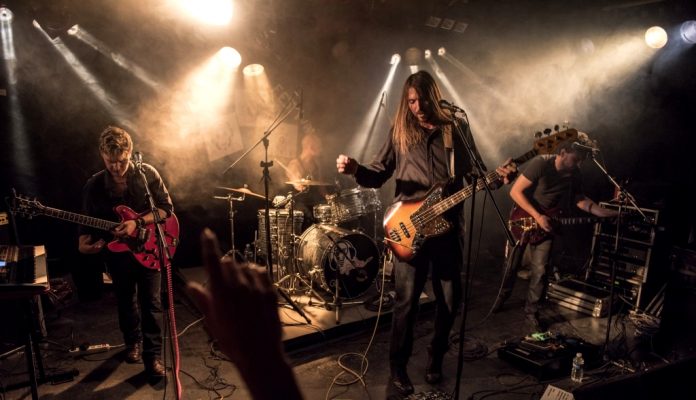 French rock n rollers with a new EP out

The Stone Cox is a rock band hailing from Alsace, France. Despite their youth, this four-piece band is known for the intensity of their live performances with which they have already made a name for themselves whilst touring the stages of North-eastern France.

And it’s with the same energy they deliver there that these guys tirelessly take the spirit that resides in 70’s rock and meld it into their recordings. Indeed, in less than two years, the four lads have already recorded a demo and two EPs that proudly distillate the tones of a feverish rock’n’roll stomp mixed with heavy rock fury. This makes their concerts an intense experience where their savage authenticity meets rocket-fuelled energy.