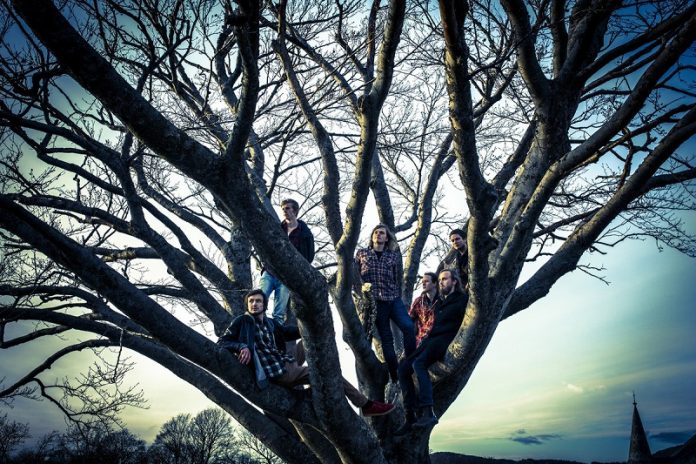 Seven Impale was formed in Bergen, Norway in 2010, and its relatively young members bring with them a considerable diversity of musical disciplines, from classical orchestra to big band, metal to jazz, and rock to electronic. The lineup of Stian Økland on vocals and guitars, Fredrik Mekki Widerøe on drums, Benjamin Mekki Widerøe on sax, Tormod Fosso on bass, Erlend Vottvik Olsen on guitar and Håkon Vinje on keyboards demonstrates how easily these musicians are able to fuse together all these influences to give the band its fresh, original, approach.

Seven Impale’s debut album, City Of The Sun, was very well received by the prog audience over the world. In spring 2016, Seven Impale teamed up again with producer Iver Sandøy (produced Enslaved, Krakow etc.) in Solslottet Studio to record the follow up. The band has grown a lot since the debut, without loosing any of their youthful energy. Contrapasso consists of nine highly varied and complex tracks expanding upon the unique sound Seven Impale started investigating on City Of The Sun, but….. they’ve gone much further this time. On Contrapasso you find a band thar are more daring, experimental and complex. Again, they touch upon the harder soundscapes as well as including more catchy and upbeat tracks, but on this album everything goes one step further. Visiting places where no band has been before, with Contrapasso Seven Impale pay no heed to genre boundaries.

Melding melody, experimentation, dramatics, atmosphere and contrasting rythms, with Contrapasso, Seven Impale has created an essential album for any fan of progressive rock!

The band states: “Finally the day (or at least one of the days) we have waited for! We are very happy to present “languor” from “Contrapasso”. The song captures the essence of the album with darker lyrics, heavier guitars, bigger drums, more everything! Still we are sure we are the same band that you heard on “city of the sun”, but now a couple of years older and more mature. We are very exited and hope that you will enjoy it as much as we do!”