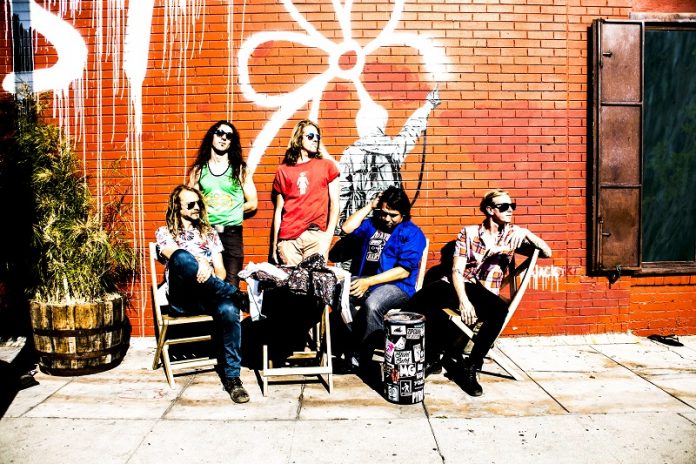 LA-based rock outfit Panic In Eden are cut from the same Zeppelinesque cloth as Band Of Skulls, Rival Sons and The Dead Weather. The soaring vocals, three part harmonies and twin guitar wizardry are all accounted for with this troupe plus a kind of theatrical showmanship that kicks their righteously vintage rock out of the apathetic indie spectrum.

In 2013 their buzzed about self-titled EP was met with the anti-climactic departure of ¾ of the band following a headlining slot at the Voodoo Festival. With traction stalled at the apex of their hype and no particular captain of the ship, the band seriously considered packing it in. But this turning point brought about a series of synchronicities which pulled new members into the fold; each one bringing a distinct skill set to the table while sharing a specific artistic vision of what rock n’ roll could be in 2016.

Panic In Eden reformed and ultimately embodied the rock n’ roll Voltron they initially set out to be with Pierce Humke on Vocals, Conor Spellane on Guitar + Vocals, Will Hammond on Guitar, Alex Diaz on Bass + Vocals and Nick Marshall on Drums.

They hunkered down at Happy Ending Studios in Silverlake under the guidance of producer Norm Block and began to track their official debut full length. The LP, entitled In The Company of Vultures, was a direct reference to the disillusionment the band collectively felt coming of age in the city of angels. “The name conjures up this predatory species that feeds off the weak” Hammond asserts. “To us that notion is very applicable to what we are seeing today all around us from the top on down. We’re just trying to find hope within all the madness.”

Panic In Eden is: