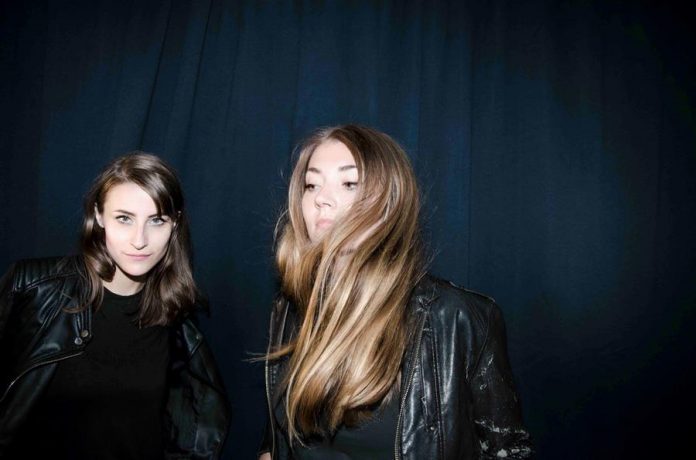 Gothenburg band Pale Honey emerge again from their studio this October to release a brand new single Real Thing, the first new material to be taken from the follow-up to 2015’s acclaimed self-titled debut. Praised for their sparse, direct and distortion-heavy rock, Real Thing sees the band continue to plough these furrows, but also experiment more with percussion and electronics, while lead singer Tuva Lodmark laces a commanding and intense vocal into the mix.

“Real Thing is what happened when we blew our minds. It’s all about knowing what you want and that you’re going to get it. For us it’s courage and confidence packed and pressed into one song. We finished it up in the studio during the Swedish summer with clear visions what it was going to end up in – The Real Thing.” – Pale Honey

Pale Honey were nominated as Newcomer of the Year at the P3 Gold-gala in Sweden, and also nominated in no less than three categories for Sweden’s coveted Gaffa Prize.

Real Thing was recorded in Nacksving Studios in Gothenburg together with producer Anders Lagerfors.

Pale Honey follow a sold-out show at The Islington with a slot The Lexington, London, on October 27.

The as yet untitled second album is expected to arrive in spring 2017.