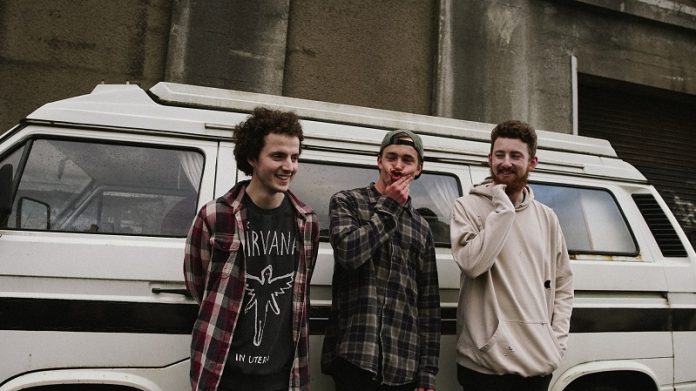 High flying OVER TO YOU are all set to close up 2017 with their new video single, Storm Chasing (, taken from their forthcoming EP, SOS.

The energetic trio have a clear focus and a hearty affection for gritty punk. Pulling inspiration from the likes of early Green Day, Sum 41 and The Story So Far, OVER TO YOU cunningly weave infectious melodies and harmonies with gripping hooks and hard-hitting punk to stunning effect.

Formed in 2014 in a Bristol student house, OVER TO YOU wasted no time in cutting their teeth on the scene by playing a host of local shows. After a cluster of highly successful regional performances, the threesome continued their ascent with the release of their killer debut EP, ‘Ideal Lives’, which began their hectic, widespread touring career.  Along the way, the DIY punks impressed the right promoters who snatched the opportunity to get the lads on the same bills as Muskets, River Becomes Ocean and The Bottom Line.  With a growing reputation for delivering an explosive live performance, the hard-working punk rockers have greatly expanded their fanbase and appetite to be heard.

To further their climb, OVER TO YOU now release a new video single, Storm Chasing. The track is a burly slice of engulfing melodic-punk served with a killer hook that will devour you whole.  With the forthcoming release of the trio’s second EP, ‘S.O.S’, and several UK dates already confirmed, as well as a northern UK tour in the works, the closing months of 2017 are sure to set the Bristol boys up for an exciting 2018 you really don’t want to miss.