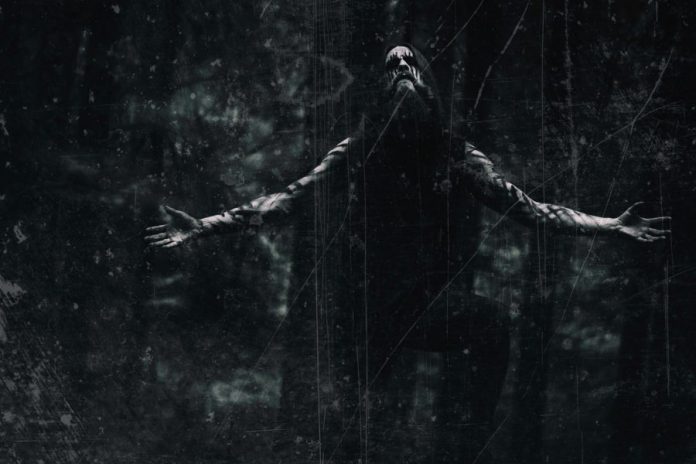 Peaceville Records is proud to announce the signing of Norwegian Black Metallers, Mork, for their third studio album, Eremittens Dal, to be released October 13th .

Mork was created by Thomas Eriksen in 2004 & was primarily a side-project for Eriksen from inception until the debut album release in 2013, & since then the band has rightly earned their accolade as one of the top Norwegian black metal acts of recent years, receiving strong endorsements from their peers.

Regarding signing to Peaceville:

“I remember when making Mork’s debut album, I originally got the inspiration from visiting Darkthrone’s studio, & the following year I get the honour of being picked out as Fenriz’s “BAND of the WEEK”, as well as having Nocturno Culto supplying vocals to my second album. Obviously Darkthrone has been an important influence, & the fact that Peaceville Records decided to work with Mork and to release the third album, is nothing short of a huge honour and a pillar on my bucket-list. To go from making an album just for fun and being picked up by independent underground labels to then signing with Peaceville is an absolute dream come true”

Eremittens Dal stands as a tribute to the spirit of old-school Norwegian black metal. The album is primarily inspired by the works of Darkthrone & Burzum, complete with raw production & ice-cold riffs, but with its own dynamic and atmospheric twist; stepping effortlessly between the ferocious and the melancholy, covering themes of hate, death, seclusion and misanthropy, both lyrically and in the way that a one-man-band makes music in solitude, perfectly fitting of the title, translated as ‘Valley of the hermit’. The suitably grim pencil cover art comes courtesy of Jannicke Wiese-Hansen, who famously made artwork for early Burzum and Satyricon releases.

Eremittens Dal was recorded at Rottehullet Studio in Halden, Norway. It was mixed by Freddy Holm at Kleiva Studio & mastered at Enormous Door in the US (Darkthrone’s The Underground Resistance & Arctic Thunder). The album also includes special guest appearances from Dimmu Borgir’s Silenoz who contributes vocals on two tracks, plus additional bass parts from 1349’s Seidemann.

“Mork caught my attention a couple of years ago and I was immediately drawn to the atmospheric and reclusive soundscapes, enticed by the desolate and solitary approach – true to the old Norwegian Black Metal ways. It was as if I was thrown back in time. So when I got asked to add vocals on two tracks I didn’t hesitate to comply, I just instantly knew I was meant to have a part in it!” Silenoz (Dimmu Borgir)

Eremittens Dal will be release on Peaceville on CD, LP and digitally (with digital pre-orders receiving “I Hornenes Bilde” as an instant download) pre-orders available here: http://found.ee/MORK_EREMITTENS_DAL

Though Mork is essentially a solo-project, a full live line-up has been established, where the band has already played throughout Europe and parts of North America, plus famously a recent show in Izmir, Turkey, following in the footsteps of the legendary Mayhem.

Mork will perform at the Hellbotn festival in Kolbotn, 2nd September, with more dates to follow.