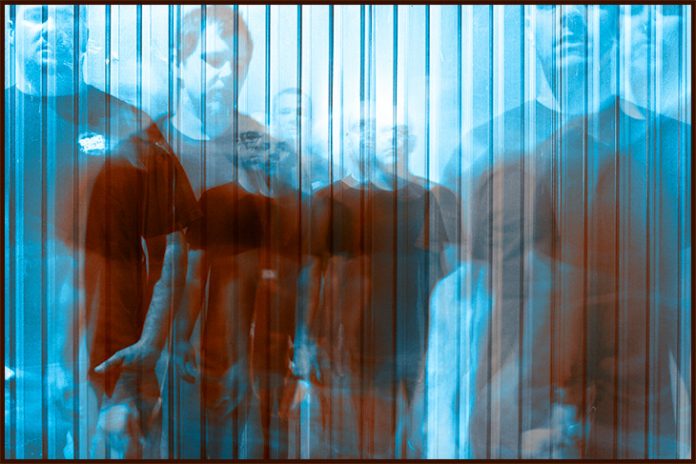 Since 2005, Interstelar has been grinding it out on every filthy, neon splattered stage in Los Angeles. Honed razor sharp by the laws of the concrete jungle and piloted by founding member, singer/guitarist Jason Kothmann.

Originally enlisting the help of friends Gio DalMonte on bass (replaced shortly afterward by Earl Houston) and Kiko Montecillo on guitar, the trio eventually found Jeff Murray – who now tours with world beating psych thrashers The Shrine – to play drums. With that line-up Interstelar recorded and released their debut EP React in Silence in 2006 and continued to play live in and around the Los Angeles area, making inroads wherever they could.

Following numerous line-up changes, the band entered Total Annihilation Studios in East LA in 2011 with engineer Eddie Rivas to record a follow up. Of their second EP, On Black Waves, the respected site Heavy Planet were keen to point out that Interstelar, “…know how to weave sonic webs with even-tempered drums, rolling bass, stuttering guitars, and hypnotic, tongue-twisting vocals,” and certainly the same can be said here with the band’s first full-length album, Resin. Swallowing everything in its path from the underground skyward, pulling monstrous, stoner rock riffs high above Terra Firma and into realms of sweeping and celestial post and progressive rock, it’s arguably their finest release to date.

After countless recording and re-recording sessions, endless mixing and that usual dose of intermittent drama, Resin was self-released digitally in August 2016 and featured the current line-up of Kothmann on vocals and rhythm guitar, Gary Gladson on lead, PJ McMullan on drums and Joe “Pooch” Puccio on bass.

Out this December for the very first time on vinyl and at last scheduled for a worldwide release on 8th December 2017 through Kozmik Artifactz, the official arrival of Resin marks a giant progression for the band and one that will raise them up from the underground.