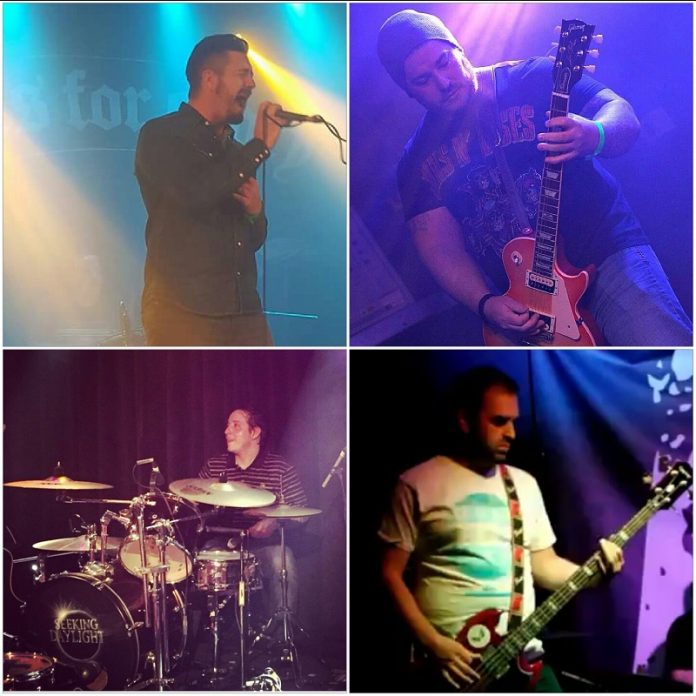 Birmingham rockers who are looking to make a splash

Free Sun Rising have been  together around eighteen months. They started gigging last year which included a couple of nights at Birmingham O2 Academy and a headline slot at Birmingham Rocks festival amongst a whole load of other shows  in Birmingham and some further afield.

Last year they also recorded their first radio ready tune called Light Of Day which was featured on our first tv interview with Johnny Doom from Kerrang Radio this year.

We’ve also been played on another six radio shows and podcasts  with more to still to come.

The band say: “This year we are concentrating on recording  an ep, getting out of Birmingham to do shows and making a name for ourselves.

Previous article
Dakesis Take Finland On
Next article
REVIEW: THE DECOYS – In Our Blood (2016)