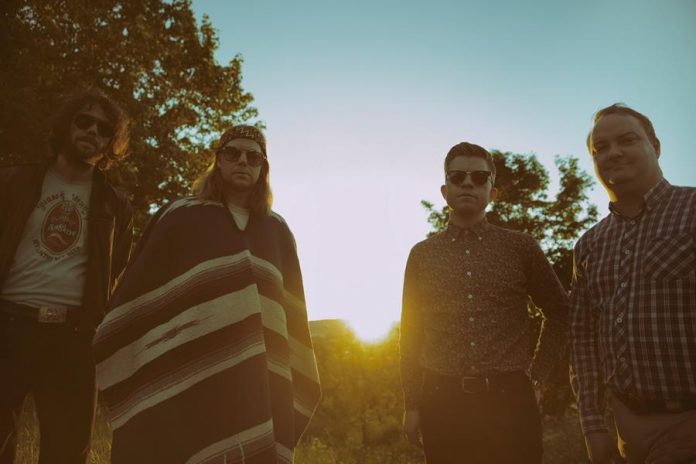 “When we realised we were stuck in a northern outpost, where those elected to political power were working to close borders, refuse people in need basic rights and brag about having the strictest policies on immigration in Europe, we decided to make this record.”

These are the words of Norway’s Dig Deeper about their new “Stars tonight” EP, which they use as a way to highlight and criticise their government’s inhumane policies on immigration, and tell stories in the tradition of American alt-country from a European perspective – think Richmond Fontaine or Son Volt. This was somewhat of a turn for Dig Deeper; a band that originally set out to focus on having a good time playing trippy guitar music, described as “Norwegian mountain rock with a touch of War On Drugs and paisley underground.”

Dig Deeper seeks into the Norwegian mountains with their spacious, glacial sounds, long, layered grooves and singer Einar Kaupang´s heartfelt honesty. Their electric Norwegian road rock has a prominent psychedelic prefix and sets itself out with a clear storytelling approach. The songs here draw up the outlines of a man trying to “make it” in today´s Europe. These are songs of escape, distance, travel, identity, loss, and the search for freedom.

Dig Deeper started out 2010 when singer Kaupang lived in Bolivia, trying to ﬁgure out what to do next when he got back to Norway. Dig Deeper soon built a name for themselves playing a whole lot of shows around Norway, trying to capture the essence of bands like Grateful Dead and Natural Child, yet still with a Nordic psych approach to their songs. This resulted in the 2015 album “How You Spend Your Days” and extensive touring and festival slots packed out the band’s calendar.