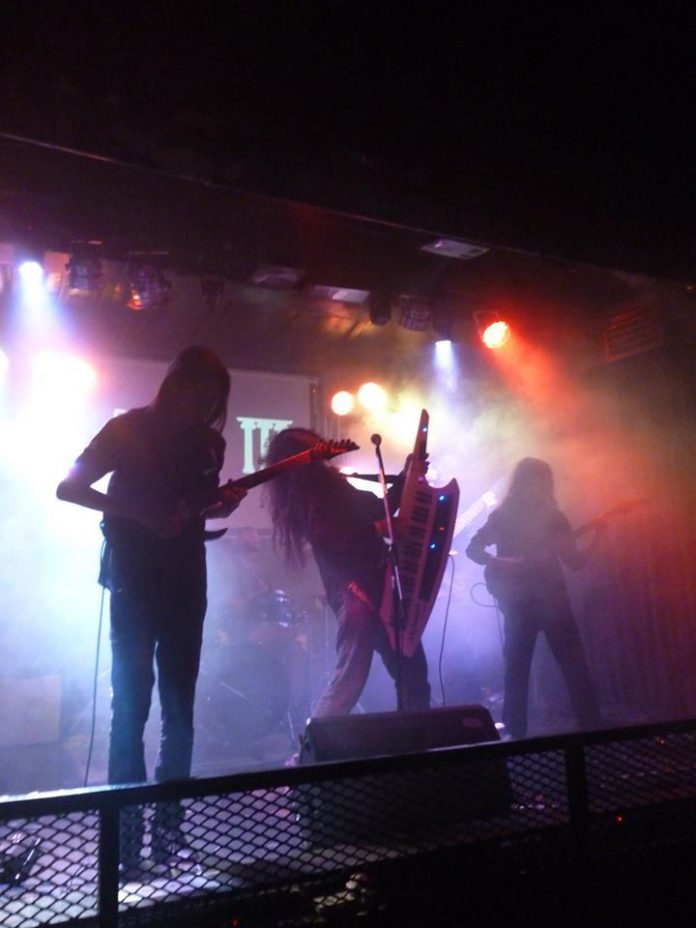 D.A.M is a Melodic Death Metal band that emerged in 2013, that has in it short existence, a historic of productivity and quality that made it conquer a good space in Heavy Metal media and a place inside the hearts of fans from this genre.

After releasing 2 EPs (“Possessed” and “Phantasmagoria”) and 2 Albums (“Tales of the Mad King” and “The Awakening”), D.A.M give us their new release: the EP “Premonitions…”.
We find in this work, the catchy melodies and arrangements that made the band highlight their previous works, enriched by extremely complex structures and passages that show us a progressive side of the band, bringing a new identity to it´s sonority that is influenced by bands such as Children of Bodom, Arch Enemy, Nightwish and Iron Maiden.
Having Occultism, and the dark side of the mind as a guide in their thematic, D.A.M bring us in this EP a colder and depressive atmosphere, in which we realize a great disillusion coming from the protagonist regarding his life and his internal journey in the lyrics from the band, that since it´s first release, the EP “Possessed”, tell us a story unified both in the lyric and musical aspects across compositional techniques that
comes from Classical Music.
In 2015 the band made their first international tour, playing at South America and also band members played alongside important Rock and Metal icons such as Edu Ardanuy (Dr. Sin), Ricardo Confessori (ex-Angra/Shaman), Steve Vai and Paul Gilbert.

Having an outstanding technique and the love for the music as a kind of Art as their ideal, D.A.M give us this release that captivates us due to it´s thematic, that make us give a look inside us all trying to remember what are our dreams, searching that thing we usually lost when we board in our personal life quest: our identity!