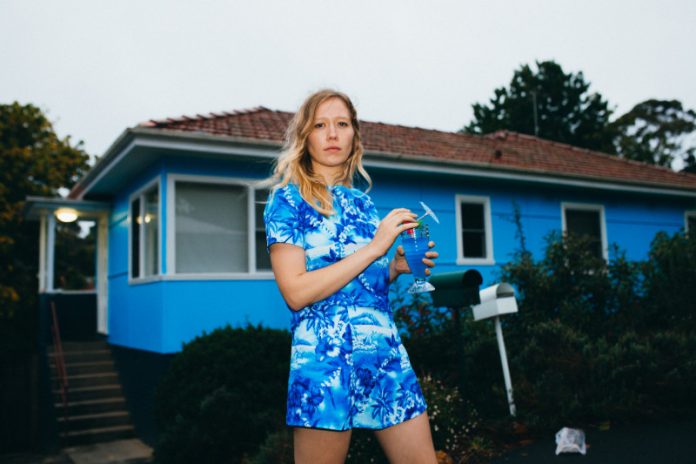 Julia Jacklin grew up in the Blue Mountains, NSW.

As a kid, she sang. First classical music, then pop-punk tunes in a high-school covers band. By the time she moved to Sydney in her early 20’s, she’d cobbled together sketches of her own – observational folk songs laced with a melancholic ache, but buoyed with a wry humour and Jacklin’s rich, distinctive voice.

Fleshing them out at sporadic DIY shows and songwriter nights around Sydney, Jacklin collected a band of friends and headed to New Zealand to record with Ben Edwards(Marlon Williams, Aldous Harding, Nadia Reid). Three weeks later, she returned home with her debut album – Don’t Let The Kids Win.

“I thought it was going to be a heartbreak record,” says Jacklin. “But in hindsight I see it was about hitting 24 and being like wait, this isn’t what I imagined this part of my life to look like. I thought I was going to be a lot more impressive. This record came from the mad rush to make something before any more time passed me by.”

Don’t Let The Kids Win was released in October 2016. And something happened: Jacklin’s conviction was realised. This album, so concerned with the rush of passing time, slowed the clock.

“I’m finally feeling my age,” says Jacklin. “When you feel like you’ve done something worthwhile, you relax a bit. That’s a nice feeling I have now, that I definitely didn’t have when I made the record.”

Don’t Let The Kids Win has been a critics’ favourite, featuring on numerous end of year lists in 2016 and Jacklin has enjoyed milestone moments like nominations for APRA Australian Song of the Year, Album of the Year at the Triple J Awards, featuring on NPR’s Tiny Desk Series and performing at some of the world’s biggest festivals this year including Glastonbury, Primavera, FYF, Splendour In The Grass and Roskilde.