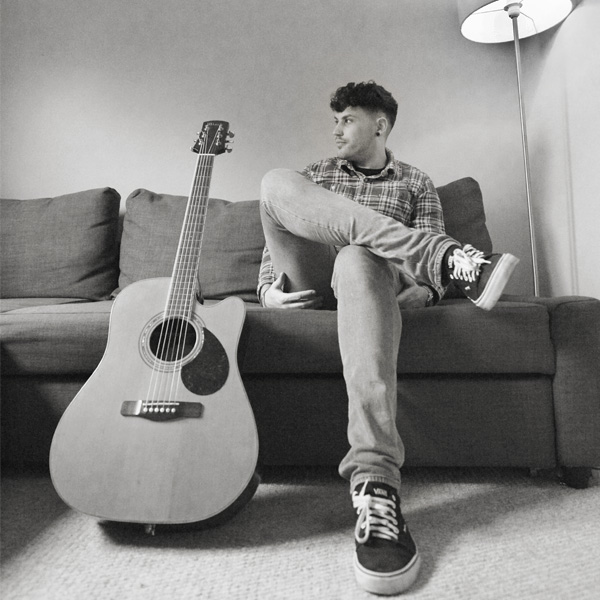 Born and raised in a little village on the Essex/Suffolk borders, Dominic Benjamin started his musical adventures fronting punk rock bands such as Abusing Mary Jane, Forever After and Brave Vultures.

After years of touring around the UK and Europe as the frontman of a band, Dominic Benjamin took a step into the unknown on his own after the departure of unreliable band members. Influenced by his love of folk rock and acoustic music such as Ben Howard, Langhorne Slim and Ryan Adams, Dominic’s solo project showcases his impressive talent to switch from a punk rock musician to acoustic folk singer.

Speaking of his new project Dom says, “I have always had the idea of writing a solo record in the back of my mind for many years but have always put it off due to insecurities of feeling like my songwriting was never good enough to go at it alone. I have always relied on other musicians and 99% of the time they have let me down. When Brave Vultures split up I decided it was time for me to go at it alone, no more relying on other people. Writing lyrics has always been an escape for me and acoustic folk music has always reminded me of the awesome people I know who live in my little village. I plan on releasing a track every month for a year and at the end of the year release the 12 tracks as an album with some bonus acoustic tracks. In the future, between being in and out of the studio my goal is to get back on the local gigging scene and hopefully get back out to Europe to visit some old friends.”