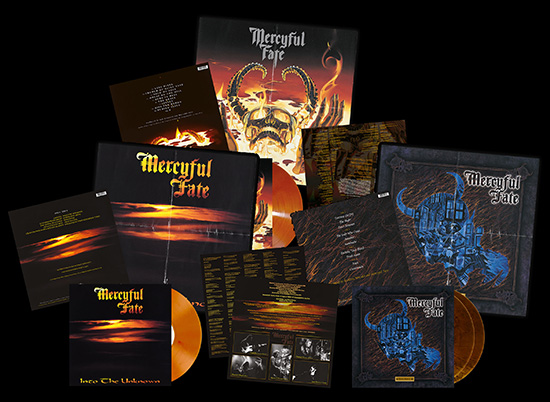 Legends get the treatment

After re-issuing the MERCYFUL FATE albums ‘In The Shadows‘ and ‘Time‘ last month, it’s about time to announce the next batch of vinyl re-issues.

On October, 7th Metal Blade Records will make the MERCYFUL FATE albums ‘Into The Unknown‘, ‘Dead Again‘ and ‘9‘ available again.

The vinyls are part of the Metal Blade Originals series that started earlier this year with the re-issues of the SLAYER titles ‘Show No Mercy‘, ‘Hell Awaits‘, ‘Haunting The Chapel‘ and ‘Live Undead‘!

‘Into The Unknown‘ and ‘9‘ will be released with 400g heavy cardboard spine sleeves (inside out print), 60x60cm two-sided artwork posters and 250g inserts.

‘Dead Again‘ will be released on 2-LP with 350g heavy cardboard gatefold sleeve (inside out print) and 60x60cm two-sided artwork posters.