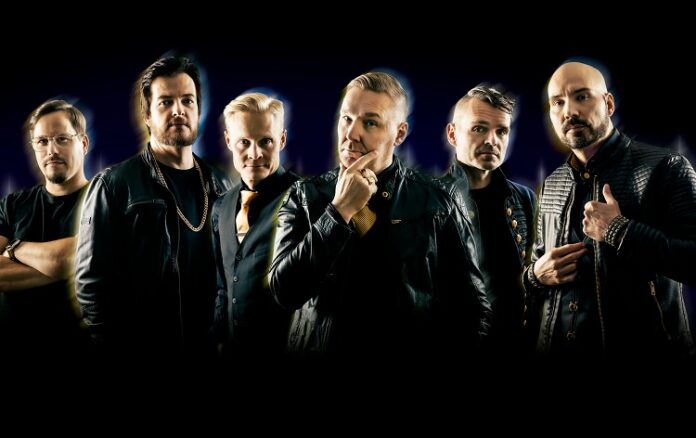 Finnish rock band Poets of the Fall have announced the release of their ninth studio album ‘Ghostlight’, out worldwide on 29th April on Playground Music. The first single ‘Requiem for my Harlequin’ is set for release on April 1st.

Frontman Marko Saaresto comments: “Ghostlight is all about dramatic melodic rock and massive, impressive ballads. The first single, Requiem for My Harlequin, is something in between; a massive rock ‘n roll melodrama, that hurtles on flashing and blaring like a frenzied parade.”

The band has also revealed the album artwork and tracklist for ‘Ghostlight’, which can be viewed below. Pre-orders are available now at shop.poetsofthefall.com

In support of the new album, Poets of the Fall will embark on a headline UK/IE tour in May:

Tickets can be purchased at poetsofthefall.com/tour.

Poets of the Fall was founded in Helsinki in 2003 by singer Marko Saaresto, guitarist Olli Tukiainen and keyboardist Markus “Captain” Kaarlonen. The band’s first single ‘Late Goodbye‘ was written for and featured as the ending theme of the acclaimed video game Max Payne 2. Reaching millions of people through the game, the song earned the band international recognition and the first prize at the Game Audio Network Guild Awards in 2004.

Poets of the Fall have gained several #1 spots in the Finnish charts (including two certified platinum albums), performed sold out tours worldwide to an enthusiastically dedicated international fanbase and have become one of the most internationally successful bands from Finland. The band’s music videos have been viewed hundreds of millions of times on YouTube, and their songs are streamed over two million plays per month on Spotify alone.

Poets of the Fall online: