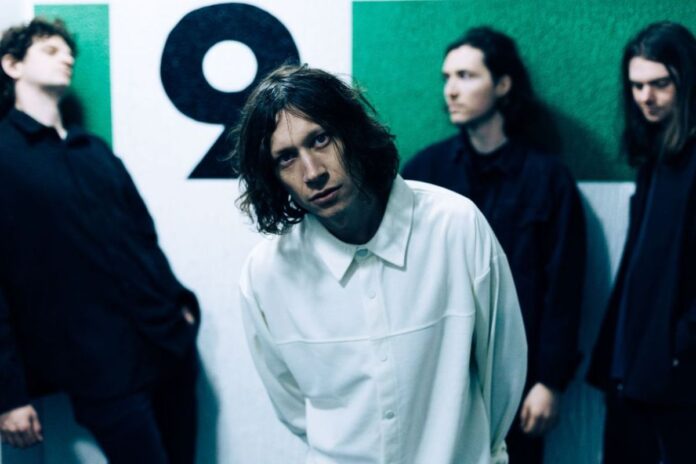 They also kick off their UK headline tour this evening, starting with a few intimate instore shows before an extensive headline run in their full set up across the UK. Tickets are selling quickly, with shows in Manchester and Taunton sold out, while their London headline show has been moved to a bigger venue and will now see them play Moth Club on October 28th. Tickets for the headline tour are on sale now here, and tickets for the instore shows are available with purchases of the album here.

The new album is about connection and a record that is truly from the heart, rich with added layers of meaning it finds the band poised to explode with their most thoughtful and exciting record yet.

Latest single ‘Waltzer’ has been proving a huge radio hit, with strong support from Steve Lamacq at BBC 6Music, while it has also been added to the X-Posure Playlist at Radio X. In the US the song has entered at No.20 in the ‘Most Added’ NACC Radio Chart.

The new single out today, ‘Lost Without You’, is set to continue this success with its propulsive rhythms, fuzzy riffs and anthemic harmonies. The track has already been proving a hit live and the band have treated fans to an early taste of the record at their phenomenal live shows which have seen them perform in support of Pearl Jam at Hyde Park among many other major festival appearances this year.

Regarding ‘Lost Without You’ frontman Kiran Roy says, “It’s a song about heartbreak and helplessness. Inspired by a long-distance relationship, with my girlfriend living over 400 miles away in Scotland. It’s about missing loved ones and the struggle of being apart.”

I Don’t Belong Anywhere is a record that reflects unity, inspired by the miles the band have travelled together and those they have spent apart. However, what this new record cements at the foremost is a vital band proving they are here to stay.