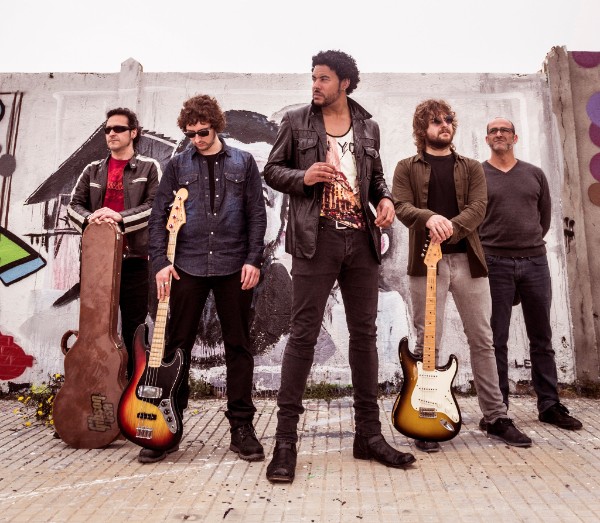 Another new single out in December

Following on from his triumphant reign at No. 1 in the Irish Rock Charts and with rock venues in her majesty’s capital virtually fighting each other off for the man from Ireland to shake their foundations, Peter M. Smith caps off a busy year with his own jewel in the crown, the swaggering new single; “Alright ”.

Sauntering along with iconic, tension-building guitar licks leading to Smith’s trademark stadium-stomping beats and vintage riffs, Smith creates a chorus so instant, Kenco Coffee will be suing for copyright infringement. The Barcelona-based front-man echoes a rich multitude of rock royalty with his own future rock classic, out Friday 9th December. The “Alright” chorus explodes with Smith’s soaring vocals boasting exactly the kind of attitude you need from your next rock icon. Huge vocal hooks and iconic guitars see Smith effortlessly produce yet another stadium rock banger.

“Alright” is the first song that I wrote here in Spain as part of this phase of my career.
It is a reflection of letting go and dealing with the past and trying to do so with dignity… and in tune!! For me it is the way I like to open the show with the band and we recently sold out some shows with this as the lead tune!”
– Peter M. Smith

Set for a meteoric rise, Peter M. Smith has already conquered the history-laden heights of the Irish rock charts with a No. 1 across all digital platforms with the cultured rock rendition of “Love Will Tear Us Apart”.

With previous singles “Speak No Evil” and “Rockstar” playlisted by over 150 Radio stations across the UK and Ireland and TV & Radio appearances in France and Spain that include TV shows with Spanish Rock giants Lax n Busto, Peter M. Smith is ready to stake his claim to the Rock throne.

On his new album, out in 2017, Smith comments that it’s about “Keeping things simple and just writing about what is happening on a personal level at the time. I’m not one to keep a diary; these songs are my personal account of what is going on at any given time“.

“Alright” is out Friday 9th December and taken from Smith’s debut album “Upon This Rock” set for release next year on Lonely Child Records.