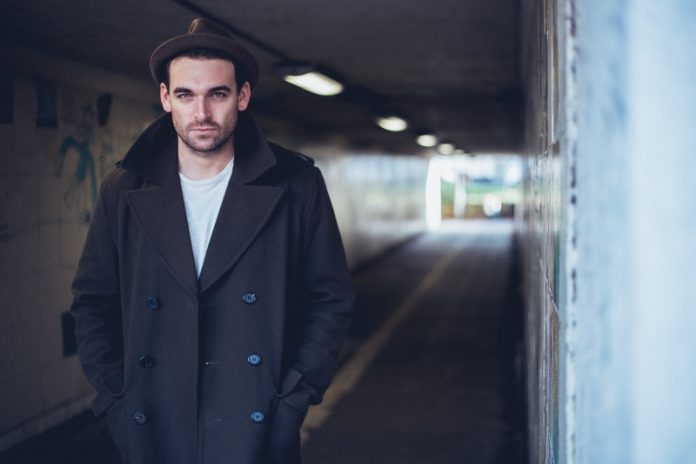 Singer/songwriter ALEX GREEN (formerly of Attention Thieves and The Arusha Accord) will attempt an arduous endurance task to raise awareness of addiction and mental health, by standing in the same spot for 24 hours.

Taking place on Saturday 23rd April at Piccadilly Circus from 12pm (until 12pm Sunday 24th April) Alex will be filmed for the entire stretch, the footage of which will be time-lapsed to create the music video for his new single ‘Travelled Far’. All of the profits from the single, which is also released on Saturday, will be donated to charity.

Having spoken about his previous battles with addiction the message behind the video is to show how somebody can be so alone and become so weak, while the world carries on moving around them.

Of the act he comments:

“I’m apprehensive, slightly nervous but excited to do this stunt. It is going to be hard and uncomfortable to starve/dehydrate myself to make this happen, but it’s for a worthwhile cause and I know it’s completely crazy – maybe I am a bit too!

As well as the video being for a good cause I see it as art. I wanted to visually capture the suffering that I am singing about in the song and I didn’t want to be another artist with a girl in a music video. I know that I will be going through many mental battles with myself to make it through to 24 hours, but I will try to remember that it isn’t half as bad as the problems that people around the world are suffering from mental health and addiction, which is something I have suffered with for a big part of my life.”

Alex will also be helping to promote a brand new addiction website/app called Rehub, which offers a free support network for addicts and those in recovery.

Known for his frontman duties in rock outfit Attention Thieves and tech/progressive metal sextet The Arusha Accord, Alex Green is broadening his horizons further with his solo project. Unlike anything he has performed in the past the new material experiments with folk and pop. Since the birth of the solo project, Alex has completed a run of shows with singer Joe Brooks and has been supported by BBC Introducing, with plenty more lined up for the rest of 2016 and beyond.

Keep your eyes peeled for the video for ‘Travelling Far’ and head down to Piccadilly Circus this Saturday to show your support!