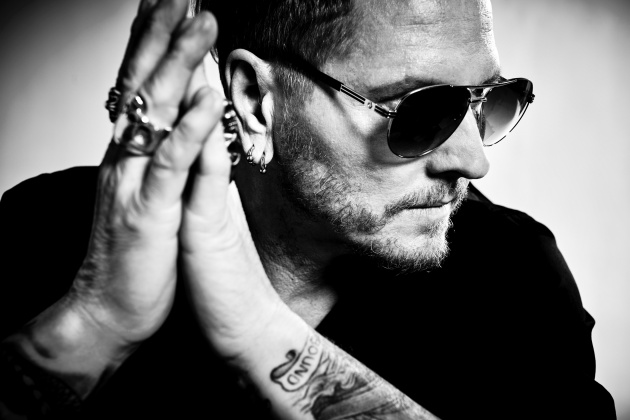 Matt Sorum, the Grammy-winning drummer of Guns N’ Roses and Velvet Revolver, has signed with AFM Records for his first-ever album with his all-star musical collective, Kings of Chaos.

“Kings of Chaos, to me, is the reason I started playing music in the first place — for the sheer fun of it.” says Sorum. “I’m so pleased to be partnering with the team at AFM. Working with them on the creative vision for the album has been a great experience.”

“Matt Sorum is such an acclaimed rock icon. His clear vision and passion for Kings of Chaos really impressed us,” adds Nils Wasko, Label Manager, AFM Records. “Kings of Chaos will now come to life with an illustrious list of rock royalty joining Matt, and we can’t wait to be part of the journey.”

A video for the first single, titled “Judgement Day” (Pre-Save HERE!), has just been premiered with Guitar World. The song is a scorching rocker performed & co-written by Sorum, Slash, Dave Kushner & Duff McKagan features the Rock and Roll Hall of Famer on drums, as well as lead vocals.

“Drawing inspiration from the 1971 film Vanishing Point morphed with imagery inspired by Natural Born Killers, Director Brian Cox (Bring Me The Horizon, Cypress Hill, The Misfits) and I conceptualized a man running from his demons on a wild ride to find redemption guided by The Reverend Willy G (portrayed by Billy F Gibbons), an Angel (portrayed by Matt’s fashion designer, choreographer wife Ace Harper) on a motorcycle and his inner child. A Wayward Wanderer searching for the light” says Matt Sorum of the video.

The debut album from Kings of Chaos is set for release in Autumn/Winter 2023. Expect original music and guest collaborations with some of rock’s biggest names — including some of today’s most talented and iconic female artists.

From the Sunset Strip to South Africa, Argentina and Brazil, Kings of Chaos have enthralled fans around the world with their ever-changing lineup of Rock and Roll Hall of Famers and multi-platinum artists. If you’ve been lucky enough to score a ticket to a KoC show, you might have caught Billy Idol, Steven Tyler from Aerosmith or Ann Wilson from Heart fronting the band — or even Corey Taylor from Slipknot, or the late Chester Bennington from Linkin Park. And yes, that was Slash on lead guitar — or Brian May from Queen, or Billy F Gibbons from ZZ Top. It’s a party on stage, and everyone’s invited.

“It’s a celebration with your bucket list artists you’ve always wanted to play with,” Sorum says.