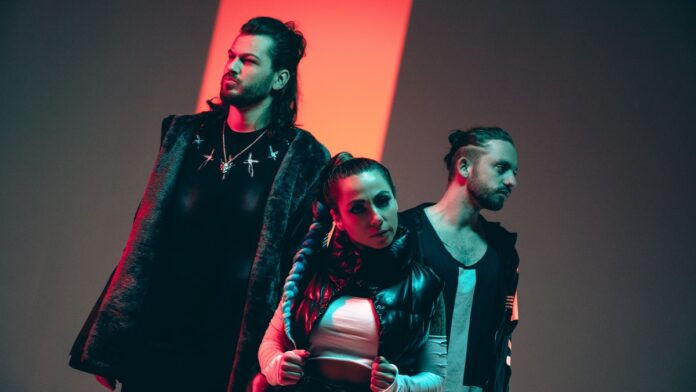 International metal band Phantom Elite have announced the upcoming release of their third album (but second with the current line-up). ‘Blue Blood’ is out on 17th March, with a first single and video for the song ‘Inner Beast’ available from today.

Phantom Elite is fronted by Brazilian singer Marina La Torraca (Exit Eden, live vocalist for Avantasia), who is joined by guitarist Max van Esch and drummer Joeri Warmerdam. Originally founded by Dutch producer and former After Forever guitarist Sander Gommans (who remains involved with the group as an executive producer), the trio’s brand of modern metal fuses elements of metalcore with symphonic and progressive sounds that results in a unique concoction.

Following an independently released debut album entitled ‘Wasteland’ in 2018, Phantom Elite were trimmed down to the current trio for its follow-up, ‘Titanium’, which was issued via Frontiers. Packing a powerful punch with its complex rhythms and stunning vocals, it marked them as ones to watch.

With an upcoming European tour to promote ‘Blue Blood’ already scheduled (details forthcoming), the group are primed to further establish themselves as a true force to be reckoned with.