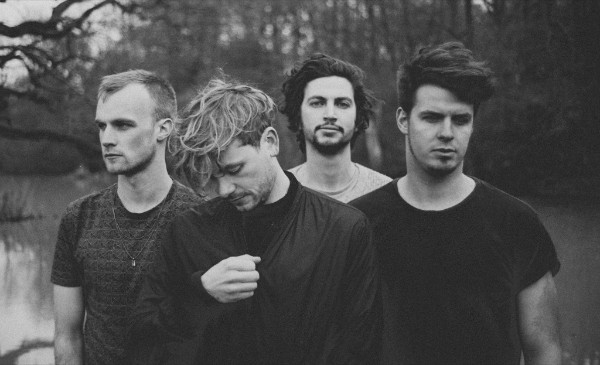 The King’s Parade have announced the release of their new EP Haze, due on May 12th. Marking the announcement, the London quartet have unveiled the video for the lead single and title track.

The video premiered with Wonderland who said, “‘Haze’ is a completely stunning track, with elegant guitar riffs and heart melting vocals. Shot in the forest, the video depicts a love story amongst hauntingly beautiful woodland, and is, quite simply, goosebump inducing.”

Already receiving early support from BBC 6Music and BBC Introducing, ‘Haze’ leads with a rich walking bass riff and warm blues guitar before frontman Olly Corpe breaks into an effortless croon, which swoons among the themes of love, propelled by a powerful gospel backing vocal. The result bridges between classic blues and carefully crafted pop, similar to the likes of Alabama Shakes, The Black Keys and Leon Bridges.

Regarding ‘Haze’ The King’s Parade say, “‘Haze’ describes the feeling of helplessness when you fall hard for someone. You’re drawn in and you indulge yourself in the moment. You surrender to that feeling and see where it takes you. In all of our music videos we try to tell a story to give the viewer another insight into the song. Dance and music are so intertwined and after the amazing response we got from the “Silhouette” video, we wanted to try something even more complex and visually striking. At the end of the shoot, we knew we had something special.”

Elsewhere on the Haze EP, ‘Not Yet’ finds the band incorporating notes of Americana, while ‘Of Stone’ is rich in groove-laden blues-rock and ‘Mother Tongue’ is a bittersweet tale of growing up, enveloped in the lush alt-soul sound of The King’s Parade.

Speaking of the EP the band say, “This EP truly represents where our sound is heading and we’ve been so excited to share it with the world. We felt like our first EP was an introduction to our sound, but the tracks on the Haze EP really give you a taste of what we’re capable of. We want our listeners to hear our evolution and grow with us with every new release.”