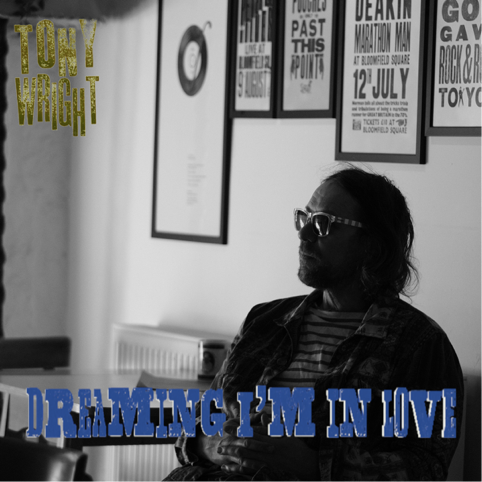 “it’s a love song about someone who is only in love when they’re asleep and always wake up disappointed when they open their eyes and reality bites. It’s open and honest and played extra simply with just a guitar and a vocal to try and lend that vulnerability to the subject in the song. As with most songs, I’m trying to tap into those emotions that we all know but some may feel too awkward to talk about.- Tony Wright.

Along with Dreaming I’m In Love, The Anti Album features nine further songs, including the previous singles Cannonball (https://www.youtube.com/watch?v=STGmeKTiK5U)and  Buried You Deeper (https://youtu.be/Jb4zvZ1ruBU)  and this truly honest record is the perfect manifestation of Tony Wright’s immutable wit, sadness, quiet anger and charm.

The Anti Album is available to pre-order in usual CD and vinyl, plus an exclusive limited edition red vinyl album, here: https://linktr.ee/Tony_Wright

To celebrate the release of the Anti Album, Tony will be playing 19 shows starting on the day of the album release at the Victoria Hall in Settle on 7th October and finishing on 11th November at The Jericho Tavern

Sat 29th Stafford  The Ship Aground