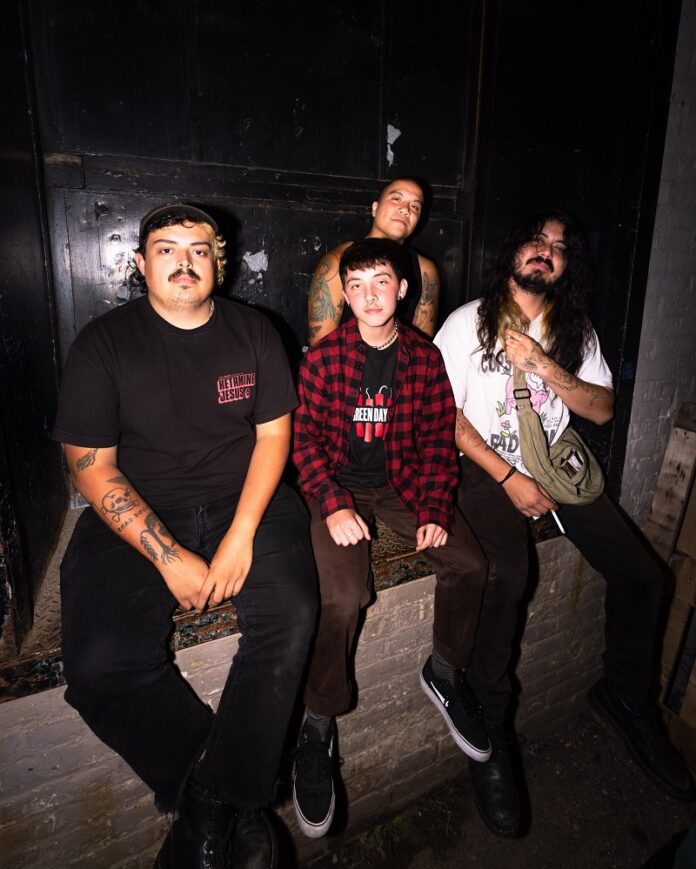 Californian garage punk band GRUMPSTER are kicking off the new year by releasing two new songs. First being new single ‘Hollow’ and the second a re-recording of single ‘Karios.’

Speaking about the new song Donnie Walsh said ‘”Hollow” was the first song we wrote after our first year of touring. We’d just finished 3 full US tours over the course of a year and wanted to capture what the band sounded like finally having more experience under our belts. It’s a great snapshot of what we currently sound like, and is hopefully telling of what our sound will continue to develop into.”

Watch the video for ‘Hollow’ HERE or by clicking the image below.

The band will be doing two special headline shows this week, one being an album release show for ‘Fever Dream’ at 924 Gilman. You can see Grumpster at the following dates:

Previous article
NEW WILL AND OBITUARY
Next article
SATANIC, NO VERSES