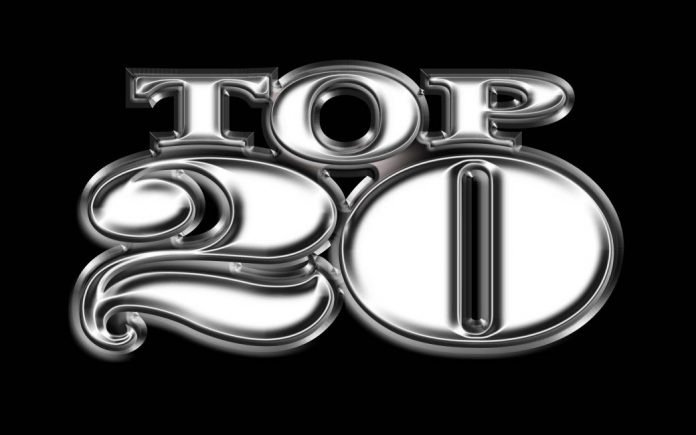 It has been another busy year in the MV offices with hundreds and hundreds of exciting new albums to check out and review.  Donnie picks out his faves from 2017 starting with Number 20 down to Number 11.

20 – The COPS – First Offense  Balls to the walls punk n’ roll for the degenerates.  Fantastic stuff.

19 – Venom Inc. – Ave The re-badged extreme metal heroes continue to be a force in modern music with superb offering.

18 – We Came As Romans – Cold Like War Brilliant return to form for the US metalcore titas as they laid their souls bare on album number five.

17 – Deep Purple – InFinite Whilst the hard rock legends maybe slowly winding things down after a near 50 year career their latest album shows no signs of age.

14 – Kenny Wayne Shepherd – Lay It Down Kenny and his trusty crew keep the hard rockin’ blues flag flying on his latest brilliant effort.

13 – Satyricon – Deep Calleth Upon Deep Black metal never sounded so fresh and vibrant as it does in the hands of these Norwegian shape-shifters.

12 – Liam Gallagher – As You Were In a year when his more critically acclaimed sibling releases a new album Liam rolls up his sleeves and comes out fighting on excellent debut solo album that at it’s best stands up to any of Oasis’s hits, or more importantly his brother’s High Flying Birds.

11 – Chuck Berry – Chuck Legendary bluesman and guitarist leaves one last gift before his passing in March and it proves that the old master never lost his touch.

Numbers 10 -1 to follow on New Year’s Eve.  Place your bets now for Donnie’s album of the Year.