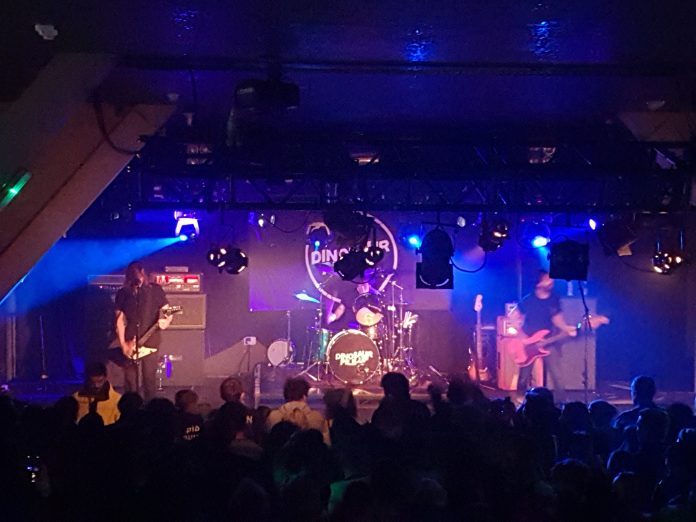 To be honest, if you could pick a support band for Dinosaur Pile-Up, then Big Spring would be just about the perfect fit. Hailing from Brighton, essentially what they offer is a British take on grunge, if you will. “Reset” is big and strident, and there is a quiet confidence about the rather undemonstrative outfit. “Coming Down” is heavier and many take up the opportunity to “bang your heads” as requested by compelling frontman Ollie Loring. It is one of a few that have bigger ambitions and a bigger scope, while the ending “On A Bamboo Sleeping Mat” has a title that rather explains the sound. Familiar, yes, but also with its own quirky nature and very much a suggestion that Big Spring will burst forth their own way. 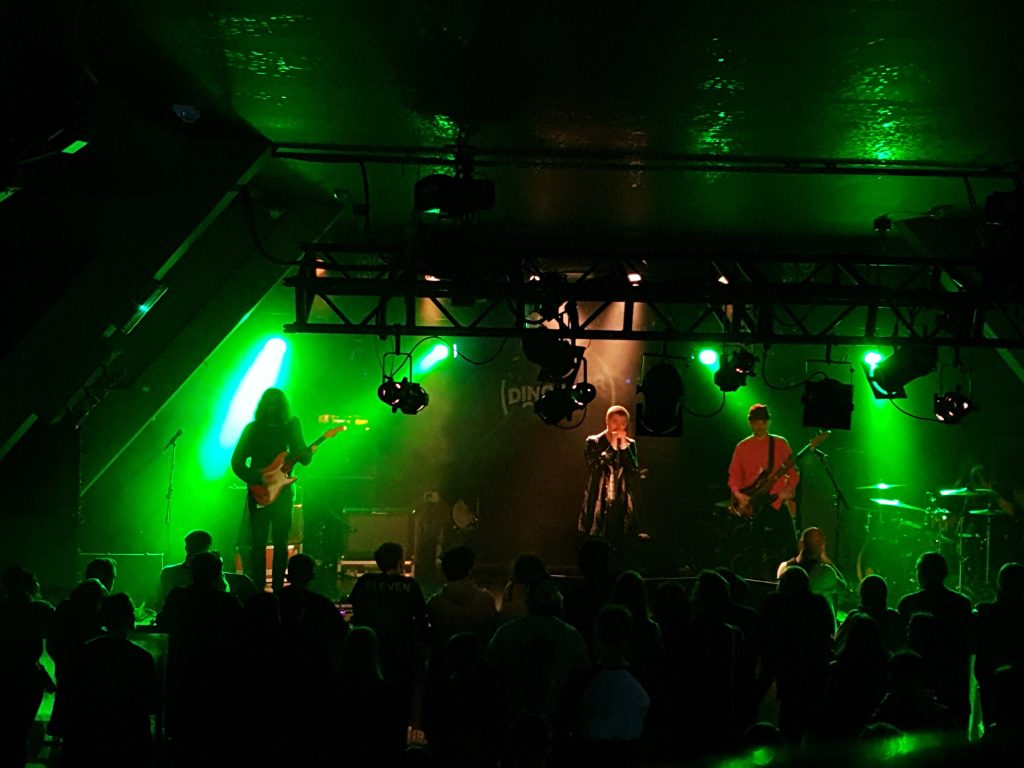 I had Call Me Amour on the site as a band of the day about this time last year, when they were gearing up for their live debut. They are still, very much, a band in their infancy, feeling their way a little. But singer Harry Radford – ex of Yashin – knows how to get people on side and you cannot deny the fella can front a rock band. Singing more, and with a darker, kind of brooding feel, songs like “I Am Fkd” and “Deeper” are rather at odds with his happy, smiling presence as he gets amongst the crowd. “Tourniquet”, their single, is a standout moment here, but you feel the love building for Call Me Amour and 2020 could promise big things for them. 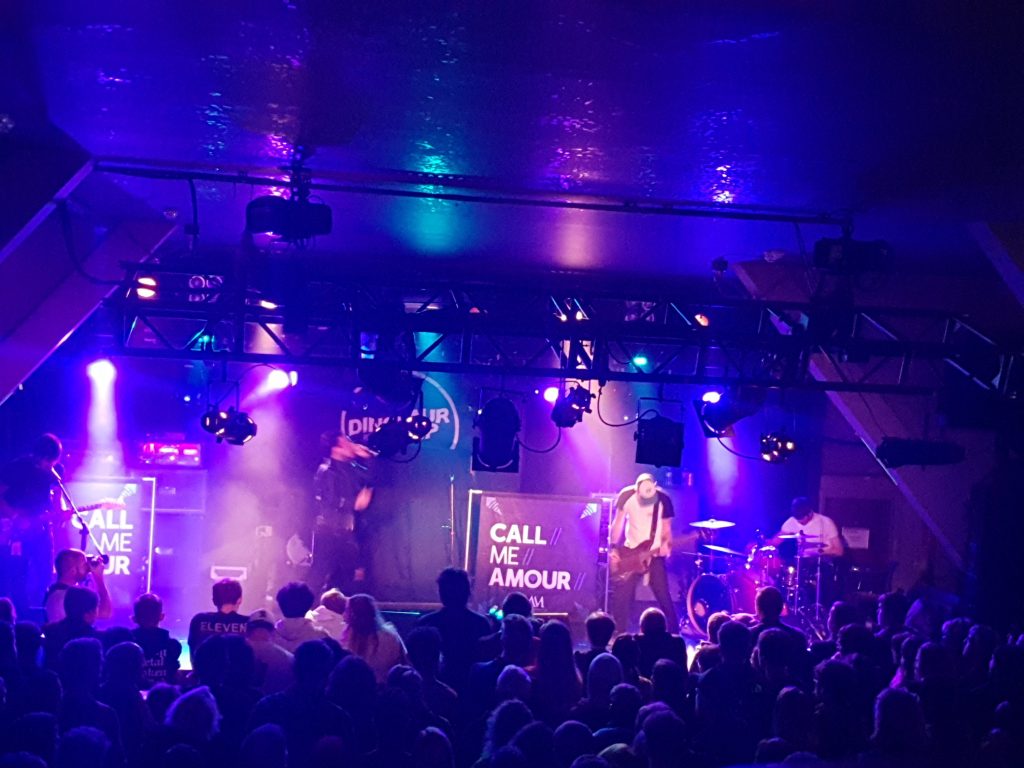 First things first. This show is packed. Sold-out weeks ago, like all the others on the tour.

Second thing. When they come on stage Dinosaur Pile-Up are afforded a hero’s welcome. This is a Sunday night. And this, actually, isn’t quite the crowd I expected.

Yes, the sixth form is having a great night out – and the moshpit proves it, but I am far from the only balding rocker in attendance.

The point to all this is simple: Dinosaur Pile-Up are going places. Finally, the hardest working overnight sensations have got somewhere.

A heartwarming story, in many ways, they’ve had more than their fair share of hardships, they are the internet meme “be so good they can’t ignore you” made flesh.

One of the albums of the year in the bag – and yes, “Celebrity Mansions” is that good – and its title track sounds almost prophetic now: “my time is coming around, don’t know when and I don’t know how” sings Matt Bigland and you know he’s having a wry smile as he says it.

The three piece know it’s a cracking record too. They must do, they play nine of it’s ten tracks – and its striking that they deliver them with more speed, more heaviness and more of a raw edge than on the album.

“Stupid Heavy Metal Broken Hearted Loser Punk” is screamed here, but it comes after “Arizona Waiting”, from their “Nature, Nurture” record (which provides most of the rest), as if they are proving to the newbies that they’ve always had this shit down.

“K West” is perfect bubble-gum pop, and goodness me, they are bouncing in the aisles. They don’t need to be told either, its just natural, unspoken almost, and the band don’t actually say much beyond how “sick” Birmingham is (I believe this means “good” but I am old….) and “Pouring Gasoline” gets a impromptu singalong going. “You know this one, right?” says the unassuming Bigland, with genuine surprise.

“Derail”, which the singer delivers solo, provides a moment of calm, but oldies like “Traynor” provide a sprint to the finish.

There’s an encore – it would almost have been rude not to give them one – and two of them are the copper bottomed beauties from “…Mansions”, “Thrash Metal Cassette” (the one that alerted me to their charms back in the spring, in truth) and “Big Foot”. Like the title track, I have always taken this to be a dumb anthem to fame.

Maybe they are but before they play them, Bigland thanks the support bands and says: “we’ve been there, we’ve supported more bands than any other artist, I reckon….”

Yeah. I do. So does everyone else. Dinosaur Pile-Up are on the verge. And they know it too. They’d just rather let the music speak for them.