Mix Sigur Ros, Tool and urmmm, David Attenborough, and you get this, and its out today

Hailing from the outskirts of Oslo, Delvoid has for the last seven years been working up a reputation for intense, energetic and dynamic live performances. Their music spans from noisy walls-of-sound, to vulnerable vocal melodies, to mammoth-sized riffs, all composed with detail and taste. They’re after the same white whale as Tool and Sigur Ros, but add their own flavour of psychedelia and minimalism to the hunt. They released their debut album “Delve” in the fall of 2011, announcing themselves as ambitious newcomers in the realm of alternative rock.

After releasing “Delve”, they went on playing various festivals in Norway, hosting small hidden concerts in the forest, and composing a soundtrack for the documentary “First Contact” by Johan Wildhagen concerning uncontacted peoples of the South-American rainforest. 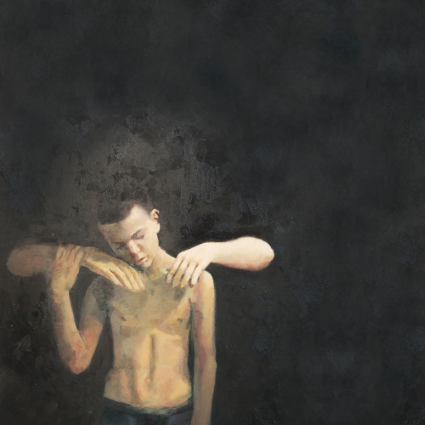 Now, four years later they will release their second full-length album “Serene”, and it’s set to be an all-encompassing experience. It’s been almost three years in the works, and Delvoid have made no half measures and spared no expense in completing their musical venture into the deep waters of prog-rock and post-metal.

Featuring a plethora of guest-musicians including the acclaimed violinist Ole Henrik Moe, and several classical musicians of the Oslo Philharmonic Orchestra, “Serene” is an epic, daring release clocking in at 75 minutes. Lyrically, “Serene” explores themes of developmental psychology, maternity and disillusionment. These themes are reflected in Roland Goksøyr’s fine artwork, painted in tandem with the band’s music. Delvoid is now ready to unleash “Serene” upon the public, and it will be immense.