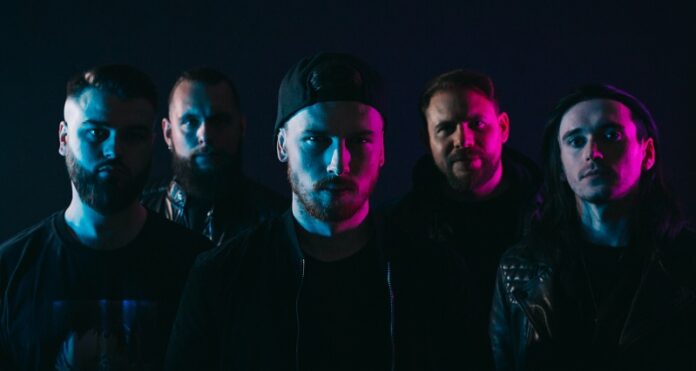 “Dream awake is about that fear of being trapped in a digital reality.” Explains frontman Tony Maue. “The last 2 years really showed us what that could be like for all of us with socializing being totally limited and having to stay indoors. The only choice we had was to use technology to salvage our socialization. The lyrical inspiration came directly from that.
All i can say is this: go outside, see your friends. Don’t live your life behind a screen.”
The accompanying video perfectly captures the essence of the song. Tony explains:
“We had a concept of being trapped in a facility that experimented on people. They escape and go through all these twists and turns to get out, but really they are still doing that in the simulation. It really ties in the with lyrics, about humanity having total control over everything including the ability to manipulate decision making.”

“We shot it at an abandoned school that we sometimes rehearse at and the long corridors really gave off that vibe that we wanted, especially for some of the later scenes. They made it feel like the place was almost a labyrinth so it tied in with the story board nicely.”

Having spent the summer winning over fans via appearances at The Great Escape, 2000 Trees, Download and Bloodstock Festivals, DEFECTS will undertake a headline tour of the UK in support of the EP in October.

With multiple years on the road in their former bands playing alongside acts such as Iron Maiden, Bring Me The Horizon, Shinedown, Disturbed and Bullet For My Valentine, DEFECTS now look forward to delivering their own shows for their rapidly growing fanbase.

“After so long of being absent from the music scene it feels great to put on our own headline shows. The set is packed with new songs and vibes that will make you want to mosh. Can’t wait to see you out there.”

Catch them at the following shows in October 2022:

Tickets are available from https://linktr.ee/WeAreDefects