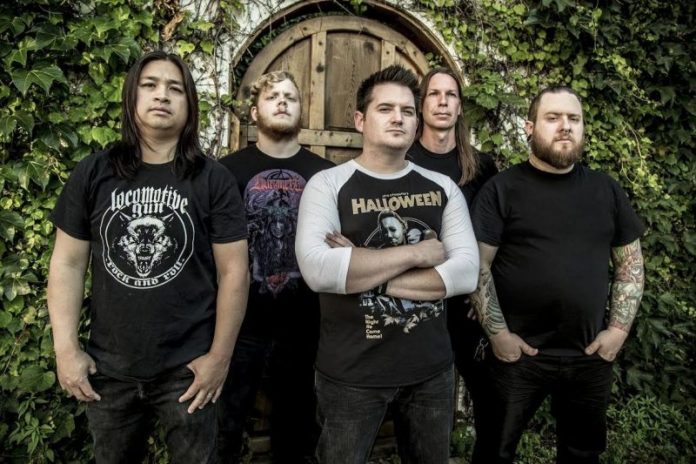 Or peace sells and Dave’s buying

Their “big break” came in 2015 when Slipknot/Stone Sour vocalist Corey Taylor offered the band a slot on KNOTFEST in San Bernardino, CA, with Slipknot, Judas Priest, Korn, Mastodon, All That Remains, and more, and introduced them to EMP LABEL GROUP A&R director and Operations Manager Thom Hazaert, who immediately sent the band’s material to David Ellefson (on tour in India at the time with Megadeth), and the band were signed 4 days later.

On 4/1, (5/20 in Europe via SPV) EMP LABEL GROUP re-released the bands sophomore LPMANUFACTURING EVIL, which the band celebrated at Wooly’s in Des Moines, with Ellefson even joining the band on stage in front of a packed house to crush a crowd-pleasing “Green Death-ized” rendition of Megadeth classic “Peace Sells”. Local “Zombie themed” burger joint Zombie Burger + Drink Lab even named a GREEN DEATH burger basket and “Manufactured Evil” shake in their honor to mark the occasion.

View fan-filmed footage of the performance below.

Recently Revolver Magazine premiered the video for “Devil’s Night” which can be seen here:http://www.revolvermag.com/news/green-death-premiere-new-music-video-devils-night.html

Manufacturing Evil is a dutiful nod to classic thrash, with a progressive modern edge, that has already been likened to the classics before them. The remastered/remixed offering also features a new version of “Gates of Hell”, with guest vocals by Legendary former Morbid Angel vocalistDavid Vincent.

The band is currently on Tour: