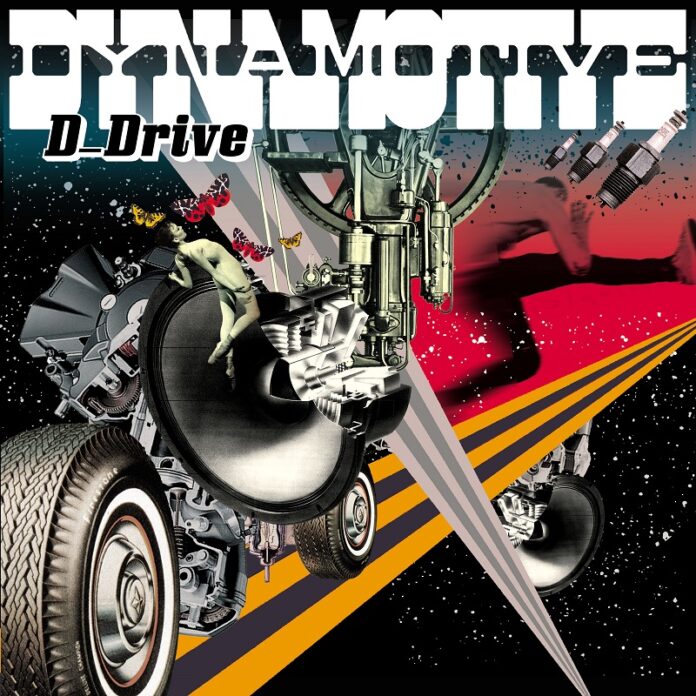 Today, Japanese instrumentalists D_DRIVE announce their brand new album ‘Dynamotive’. The record, set to be released via Marshall Records on August 26th is the culmination of many years work for these fantastic players.

Alongside the announcement of the new album comes a brand new single ‘I Remember The Town’. The track allows for a memorable hook to ensnare the listener without sacrificing any of the band’s rhythmic prowess. Very much acting as a their very own G3 show, D_DRIVE’s musical talents have to be seen to be believed.

Regarding the release of the new single, the band had the following to say:

“The theme of this song is reminiscence of the town where Seiji grew up.” Explains guitarist Yuki. “Not only Seiji but the other members of the band all channelled their nostalgic memories into the creation of this song.” “The harmony section in the middle of song was tricky to nail and required a lot of concentration when tracking it.”

The record as a whole moves from sounds that fans of Steve Vai, Joe Satriani and John Petrucci would be right at home with but retains an anchored metallic groove that keeps the Metal gauge topped up.
The level of inspiration varies throughout out ‘Dynamotive’. Opening track ‘Red Light, Green Light’ for example is a musical ‘Grandmother’s Footsteps’ inspired by the hit TV series ‘Squid Game’.

On ‘Dynamotive’ duality of life is explored with songs being dedicated to the World Trade Center tragedy of 2001, the pandemic and it’s strangulating pull on the population to the beautiful blossoming of the seldom known Ume tree (meaning Plum in Japanese), D_DRIVE have a relatability that often surpasses the need for lyrics. Other inspiration came from the members own experiences that include Yuki’s very own budgies ‘Lemon’ and ‘Rum’ on ‘Wings’ or even a simple ‘Thumbs Up’ that would be given to the band from Marshall Managing Director Jon Ellery and this is their humble way of honouring Jon.