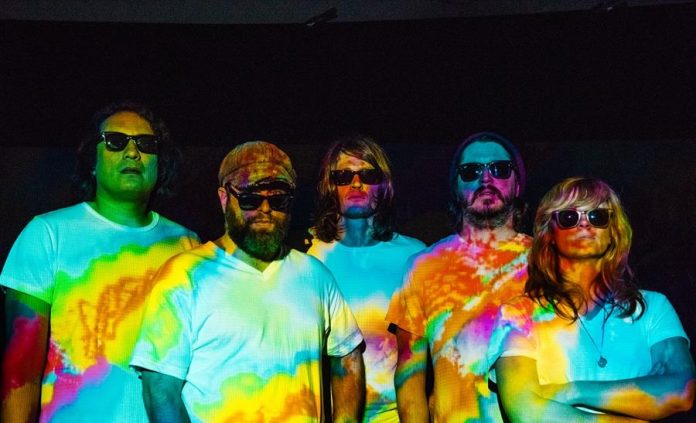 The Black Angels have shared the second track from their upcoming album ‘Death Song’, out April 21st on Partisan Records. Called ‘I’d Kill For Her’

Produced by Phil Ek (Father John Misty, Fleet Foxes, The Shins), ‘Death Song’ features some of the heaviest music these psych rockers have ever put to wax – slow-burning, menacing fuzz earworms meditating on the realities of society and devotion. The album’s opening track, “Currency”, has already earned raves everywhere from the New York Times to NPR Music, who say “heavy psych rarely feels as fresh as it does with The Black Angels”.

On April 22nd, a special limited edition release of ‘Death Song’ will be made available in honor of Record Store Day, including the new album on two glow-in-the-dark vinyl LPs and packaging printed entirely in blacklight-reactive ink.

The Black Angels performed at SXSW last week, and kick off an extensive US tour next month including a headline set at one of the first-ever shows at new NYC venue Brooklyn Steel. The band will be supported by A Place to Bury Strangers, see full dates below.