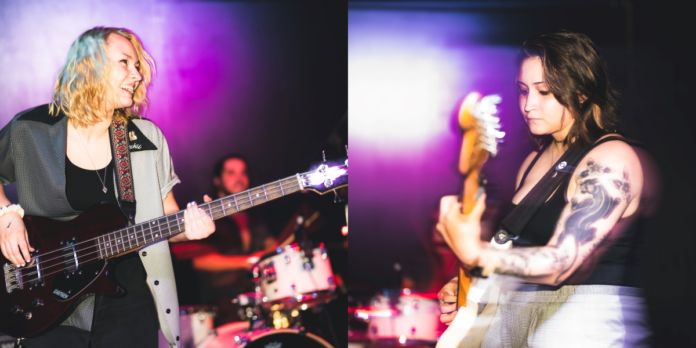 Hindsight is a wonderful thing and there is nothing better than looking back to see just how far you have come. It is something that TOUGH ON FRIDAYS is now in a position to do and do so with no small amount of satisfaction. With the line-up now stabilized, and the momentum starting to build for them, they are now able to appreciate and appraise the evolutionary process and the learning curves they have navigated, not to mention the single-minded determination which has got them to where they are today.

Overboard!is a brilliant showcase for Caleigh’s impressive song-writing skills. It wanders between the effervescing and energetic, and the subdued and subtle, between the epic and the accessible. It is big and it is clever. This is stadium-ready rock in all its glory.

It comes as no surprise that TOUGH ON FRIDAYS is starting to get noticed on the national circuit not just for their song-crafting but for their incendiary live shows, something underlined by an opening slot for Everclear already in the diary.

You can never sit back and take it easy, especially in the creative world, but the recent stability that the band has enjoyed and the hours put into the art of song-writing, not to mention honing their skills as live performers, is certainly filling TOUGH ON FRIDAYS with a new found confidence. 2022 looks like it could be a very big year for the band.