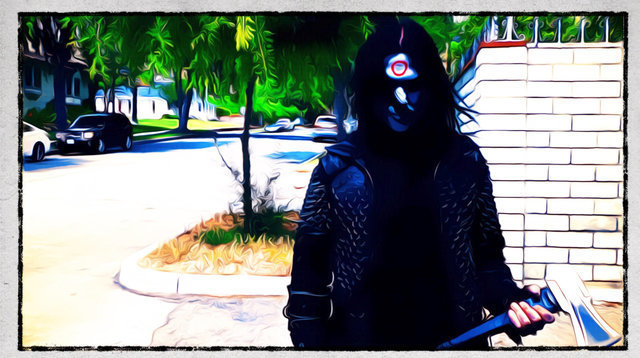 The Duke of Spook, WEDNESDAY 13, has premiered a new video clip for ‘Cruel To You’, another new track taken from his forthcoming album, Condolences, which is set for release on 2nd June via Nuclear Blast.

Wednesday tells us:
“I’m really excited for everyone to see our new video for ‘Cruel To You’.  Making this one turned out to be so much fun and director Tommy Jones made my comic book dream come to life.  Running around sunny Los Angeles chasing a girl and her dog with an axe was certainly a first for me, haha! This song and video is definitely a throw back to the more fun, campy side of Wednesday 13.”

Pre-order the Condolences album in an array of different digital and physical formats, including a few limited run coloured vinyl versions at:
http://nblast.de/W13Condolences

The album was produced, mixed and mastered by Chris ‘Zeuss’ Harris (Rob Zombie, Hatebreed) and the sleeve artwork was created by Travis Smith (Opeth, Katatonia).

WEDNESDAY 13 is also confirmed to headline the Dogtooth Stage at Download Festival on Saturday 10th June with his full electric set, as well as two additional shows in Dublin (Thu 8th Jun at Voodoo Lounge) and Belfast (Fri 9th June at Limelight 2).  Download tickets are available from http://downloadfestival.co.uk/tickets and Irish tickets from www.ticketmaster.ie.

Previous article
A Bit Of A Devil
Next article
Inglorious, In October