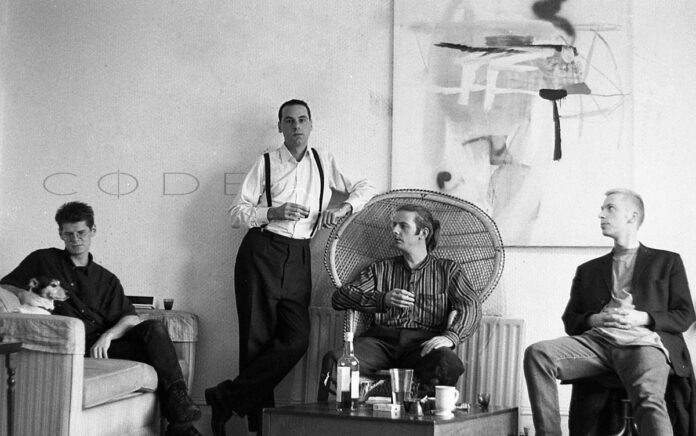 UK electronic quartet CODE earned their stripes in the electronic scene of the early 1990s and were championed by the likes of John Peel, John Digweed and Kiss FM presenters Colin Dale and Colin Faver. Their debut album, ‘The Architect’, was issued on the Third Mind label in 1995 just as that company folded, but has often been cited as a cult classic. Its follow-up, ‘Ghost Ship’, finally arrived in late 2020 after a 25 year journey and was enthusiastically received by critics and fans.

Like that album, ‘Continuum’ has been assembled by remodelling material from archived studio sessions and sounds like it could have been made yesterday. Emotionally engaging and exquisitely produced, it is timeless music that, although carrying traces of influences such as Kraftwerk, The Blue Nile, Talk Talk, David Sylvian and Depeche Mode, also has a romantic techno intensity all of its own.

Following the recent singles ‘Pleasure’ and ‘Acheron’, a third track from ‘Continuum’ has been teased to coincide with its release date. The hypnotic and slow-burning ‘You’re The One’ celebrates the shades of grey between love and lust and how our minds often airbrush out the flaws in the object of obsession.

Commenting on the alternating ‘love / lust, like diamonds, you’re the one’ wording of the song’s chorus, the band explain that they were reflecting the fact that “diamonds have little intrinsic value, bar scarcity, yet are still perceived as the essential symbol of true love. These rare, shimmering stones are equated with the perfect relationship and yet perfection is a moving target. Only 20% of diamonds are of gemstone quality and many of these have visible flaws and discolourations.”