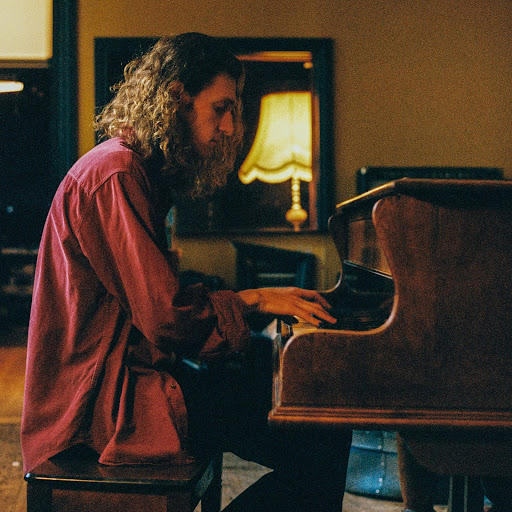 Ascending singer-songwriter and pianist – LOUIS COUPE – has today released a sublime session version of his latest single: “Hannah’s Got A Way”.

Delivering an atmospheric version of the new track performed live at Hoxa HQ in London, the session video was recorded in December of last year and is directed by Danny Land. Filled with intimate ambience as Louis performs on a grand piano nestled amongst a lamplit room, the video is a fitting accompaniment to the captivating piano ballad.

Of the new video, Louis explains:

“Hoxa is one of those dream studios — a warm, homey feel with the most beautiful piano sat in the middle of it. I’d been writing the song on and off for over a year and that session was the first time I actually played “Hannah’s Got A Way” in front of anybody. I guess the song was still evolving and growing, but playing it on a piano and documenting it finally brought closure to the song and I realised the writing journey was complete.”

Laced with dazzling vocal melodies and rhythmic piano lines, “Hannah’s Got A Way” feels comforting and calamitous all at once: reminiscent of those relationships we know aren’t quite right, yet just can’t seem to let go of.

“I guess the song’s like a broken-hearted love song.I think I wrote it to convince myself that we were in love and that we were compatible. You know that stage when you’re constantly wondering what’s going on inside the other person’s head and in the end you have to wake up to the fact it just isn’t working and you’re totally the wrong match for each other.”

Showcasing Louis’ flair for mature and meticulous songwriting, the track was praised for its frank approach to life and bare-all lyricism, with Record of the Day dubbing the track “a beautiful song that you need to hear”.

From his beginnings as an outcast in music class, Louis Coupe has forged his own innovative path through a sheer passion for music. Fashioning together a diverse and experimental, yet timelessly classic sound, the songwriter channels the timeless songbooks of the 1970s into his introspective piano-led pieces.

After receiving a surprise ticket to see Elton John at the age of 12, a young Louis became instantly obsessed with the pioneering musical greats — The Beatles, The Stones and ELO. Spending hours searching for tutorial videos online, Louis set about teaching himself any instrument he could find.

Over the next decade Louis notched-up over a thousand live shows under his belt and honed his craft the old-fashioned way, performing anywhere that would take him — from the smallest of clubs and pubs to friends’ front rooms, firework displays, cruise ships, canal boats, ice rinks, so many empty nightclubs, golf clubs, shopping centres, cricket clubs, Wolves football stadium at halftime, and many more. More recent highlights include performances at BBC Radio 1’s Big Weekend in 2020 and the iconic Royal Albert Hall.

Now, Louis is set to play his first ever headline show — a moment he has waited his “whole life” for. Bringing his spellbinding set of raw and real songs to London‘s Servant Jazz Quarters this September, tickets are available here.

SINGLE OUT NOW, VIA LEAFY OUTLOOK
STREAM ON ALL SERVICES HERE