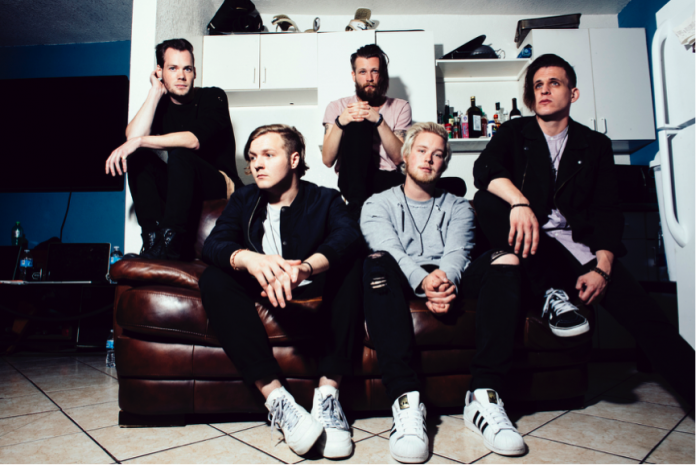 Fresh off performing all summer on the Vans Warped Tour, Too Close To Touch share a new video for “The Art of Eye Contact”.

Frontman Keaton Pierce explains: “The Art Of Eye Contact” is a song that’s holds a lot of meaning to us and is about the wide range of emotions you can often feel throughout the course of a relationship with someone you care about, even if they wear you out in the process. We wanted to do something unique and felt the story behind the track could be best told through interpretive dance. We’re thankful to the talented artists and crew who helped bring this to life.”

Too Close To Touch’s latest album Haven’t Been Myself was released in late 2016, debuting on the Billboard charts as the #3 Alternative Artist Album, #9 Top New Artist Album, #25 Top Hard Music Album, #28 Current Alternative Album, #35 Top Independent Album, and #133 Billboard Top 200 Current Album. Since the band’s formation in 2013, the band has earned over 3 million+ YouTube views, 7 million+ album streams and countless live shows including the Vans Warped Tour this summer. Additionally, Too Close To Touch are the 2016 winners of the Alternative Press Music Award for Best Underground Band.

For more information on Too Close To Touch, visit:

Previous article
Another Release Of Shawn
Next article
The Hole Truth