Coast To Coast Dwell In The Studio 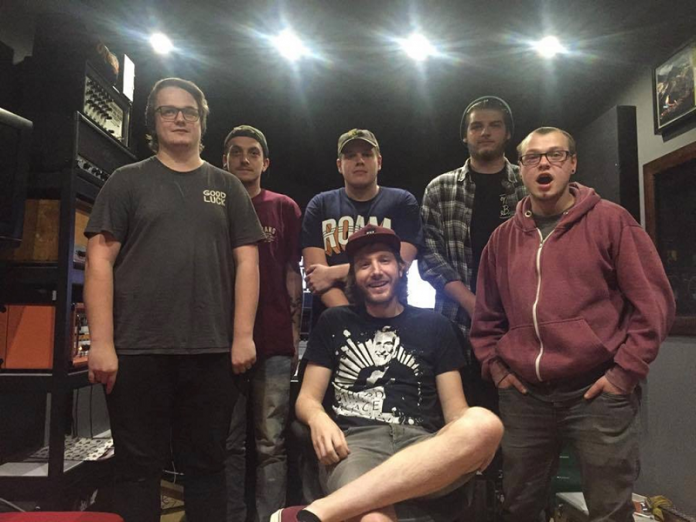 With their album out last week, pop punkers tell us how they made it

Coast To Coast’s first strike is debut E.P, Dwell, a collection of dynamic rock nuggets which sees the band treading a line between pop punk and pop rock; Kei Hyland’s idiosyncratic vocals soaring atop the mix like a Hawk on an updraft.  “With this being our first EP we didn’t want to bolt ourselves down to a single genre,” states Kei. Completed by guitarists Alex Edge and Josh Taylor and drummer Darius Walters, Coast To Coast are a distinctly British band, perpetrators of their own self-effacing Twitter hashtag #dadbodsquad, and the nickname “Sad Sods With Dad Bods”. Ahead of it’s release on April 8th, Alex from the band details the recording process…

“In March of 2015 we started to think about putting an EP out, we’d been together as a band for about 3 months and had written a few tracks. We started to look for somewhere to record it and knowing we wanted it to have great production for it, our hunt led us to Emeline Studios in Kent, who had worked with a few bands we liked and their stuff had a great sound. We got talking to the Producer at the studio, Ian Sadler, and decided to go down to record one track over two days in April 2015. We later released that track in the summer of last year, to great feedback, people really liked it and we were really happy with the quality – so we decided to go back to record a full EP.

We headed down to the studio on the last week of September for 5 days to track ‘Dwell’. Although we got off to a terrible start with my car breaking down before we’d even set out and getting stuck on the motorway for a few hours, it looks us about 7 hours to get down there. The first day there we spent getting the drum sound and tracked about half of the EP’s drums. We headed down to our hotel which was being renovated at the same time and had it’s reception on the car park…only the best for us!

The second day we were all united, for the first day it was just me, Daz and Si (Our bassist at the time). Taylor and Kei joined us and we spent the day tracking the rest of the drums and bass guitar. That night, when we got back to the hotel Kei snuck into the hotel’s storage room and got himself about 20 sheets to make himself a little nest to sleep in, as he didn’t have a bed!

The next day we spent it getting the guitar tones we wanted and tracking Rhythm guitar. The amount of messing about on that day was unmatched; we spent the morning firing practice arrows at each other (mainly at Si’s head) trying to stick them to each other and playing football with tennis balls on the car park. It was just a really chilled day. It was the last day we were all together too, that night Taylor and Si headed back home leaving me, Daz and Kei to finish up the EP.

The fourth day was spent mostly doing my lead guitar parts, we put a lot of time into them, adding things/taking things away, getting it right. After they were finished it was time for Vocals. We all did some vocal warm ups (Yes, we all did them together even though Kei is the only singer in the band…we have to pass the time) and Kei started laying on the vocals for ‘Bloom’. It was great to hear the recordings, as it was the first time we’d heard the tracks well produced. We had demos and things but nothing beats the first time you hear a track being properly recorded.

On the last day we just had to do the vocals for ‘Cornerstone’ and ‘Bunkbeds’ when that was done, we turned our attention back to the intro for the EP which at this point didn’t have any vocals recorded or written for it. I remember us all sitting there listening to it feeling like it needed more. So we literally left it on repeat for a while, trying to come up with a few melodies/lyric ideas. Eventually Kei came up with a melody and we settled on the idea of having different lines from each song to be the lyrics, it’s a cool way to introduce the EP.

We couldn’t be happier with the way this EP came out, Ian was a huge help and we can’t thank him enough for his time. We are all excited to finally be able to release this EP and let everyone hear what we made!”