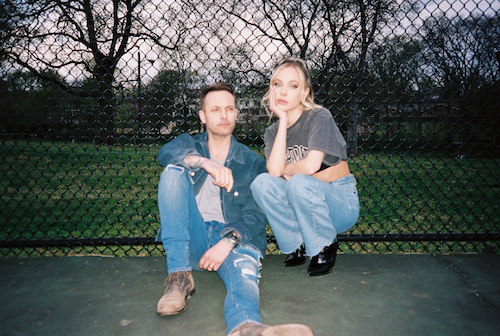 3x CCMA Award winner for Entertainer of the Year, Dallas Smith delivers his brand new single “One Too” today, a collaboration featuring label mate and 15x CCMA Awards nominee Mackenzie Porter. The Big Loud Records international country star shares the track on the heels of his 12th chart topping hit “Hide From A Broken Heart” and recent Music Canada certifications for the Platinum certified #1 singles “Like A Man,” “Cheap Seats,” and “Side Effects,” in addition to the #1 track “Some Things Never Change” feat. HARDY and Smith’s most recent JUNO and CCMA Award nominated album Timeless which both earned Gold certifications.

“I couldn’t be more thrilled to collaborate with MacKenzie on this song,” shares Smith. “This song is a gift written by Tom Jordan, Mitchell Thompson [Seaforth], Alysa Vanderheym, and Rocky Block and I’m so excited for everyone to hear it. It’s literally a ‘One Too’ hit that strikes every chord both personally and musically and I can’t think of a better duet partner to share this song with.”

“Dallas Smith and I played a show back in 2015 together,” shared MacKenzie. “In 2016 he introduced me to my now label, producer, and manager. In 2019 he took me out on tour with him for 2 months. Many of us know Dallas as an incredible artist, but what you might not know is how much he helps other artists around him.  He shares his team, his band, his knowledge and connects the dots for artists he believes in. In 2022 I somehow convinced him to sing a song with me. It’s called “ONE TOO” and I can’t wait for you to hear it.”

Stream/download “One Too” HERE

Last month, Smith, marked his return to Music City with a performance at the iconic Ryman Auditorium. Smith who has previously performed on the Grand Ole Opry stage, made his much-anticipated debut at the Ryman, opening for country superstar Trace Adkins.

Tickets for all shows in Canada are available at www.livenation.com or www.DallasSmithmusic.com. $2.50 will be added to the cost of each ticket to go towards Canadian mental health charities and services, on behalf of the Lifted Dallas Smith Charitable Foundation – a non-profit organisation committed to ensuring that mental health services are accessible to anyone and everyone in need.