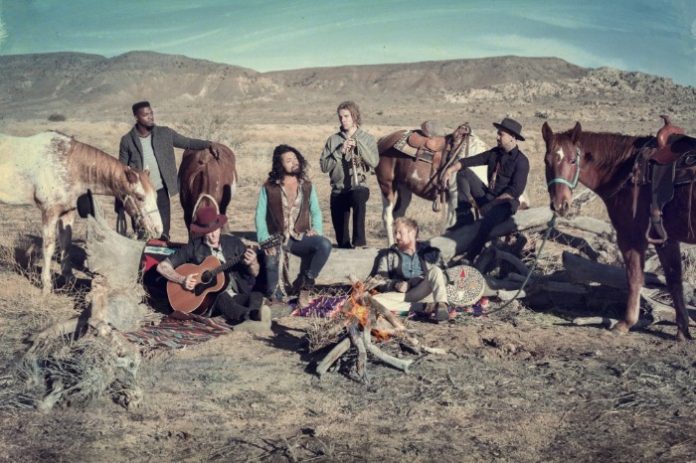 In celebration of Earth Day, Nahko and Medicine for The People are proud to share their compelling video for ‘Make A Change’, the latest song off their forthcoming album HOKA, out June 10 (SideOneDummy Records), and currently available for pre-order at nahko.com. The song features guest vocals from rising indie-pop star Zella Day and encourages listeners to ‘make a change’, starting with themselves.

In the new video, premiering today via VEVO, we see Nahko progress through three drastic transformations. “There are three characters portrayed here: myself, a businessman, and a warrior” Nahko explains. “It’s a cry for help and a call to action”.

The video represents a broader message that appears throughout HOKA, and one that was especially present as Nahko wrote the song ‘Make A Change’. “I was challenging myself to take action on what’s important, to not make the same mistakes over and over, and continue to evolve. We, as the youth, have to be the ones to get out of the vicious cycle of negativity”.

It’s been three years since Los Angeles based Nahko and Medicine for The People’s last record, Dark As Night. That release reached No. 4 on Billboard’s Top Alternative New Album, No. 6 on the Heatseekers album chart, No. 36 on the Top Independent Album chart, and No. 7 in Australia on Triple J’s Top 10 Roots Albums of 2013.

Nahko and Medicine for The People – which also features Chase Makai (lead guitar), Justin Chittams (drums), Pato (bass and kora), Tim Snider (violin) and Max Ribner (horns) – have gathered more members of their global tribe of like-minded fans as they spread their powerful and impactful musical message around the world. They have toured with such acts as The Avett Brothers, Michael Franti, Xavier Rudd, SOJA, and Trevor Hall, and performed on festivals including Outside Lands, Electric Forest, Wanderlust, Bumbershoot, California Roots Music Festival, Byron Bay Blues & Roots Festival, and many more.

Critics have praised their worldly blend of influences that range from Conor Oberst to Bob Marley, as well as their energetic and truly unforgettable live show. Dark As Night also received rave reviews with The Huffington Post calling it “beautiful and stirring”, and even referred to Nahko as a “musical prophet”.

Below are the dates for Nahko and Medicine for The People’s upcoming ‘Make A Change’ tour: