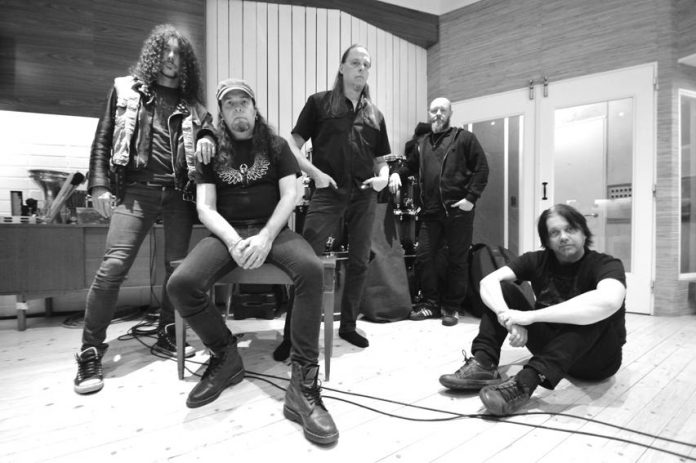 CANDLEMASS are back to celebrate 30 years of Doom with a brand new EP! The special anniversary release named Death Thy Lover features four studio tracks with Mats Levén on vocals. The band is also happy to announce that Mats Levén, who’s a longtime friend of the band, is now the permanent singer for the Swedish Doom Metal Squad.

Leif Edling on „Death Thy Lover“:

“We said we wouldn’t record an album, but we had to release something,for the 30th anniversary of Candlemass, so it became this ep.

DEATH THY LOVER is in a way a typical C-mass song and in a way not typical for us. The chorus is pretty poppy if I can use that word (I would never haveimagined I would use a term like that to describe anything C-mass!) but the main riffis very metal and the opening is us going classic Anvil 🙂

Our old friend and now singer Mats Levén is doing a great job on the song! He’s also exactly what we needed live, and the band has became even better with him in the camp.

I’m still battling this fatigue syndrome thing so unfortunately I can’t be out there with the bandon the road or in South America where they are now, but I hope our fans still enjoy the shows and dig the DEATH THY LOVER EP as much as we do ourselves in Candlemass!“

Get your anniversary copy HERE.