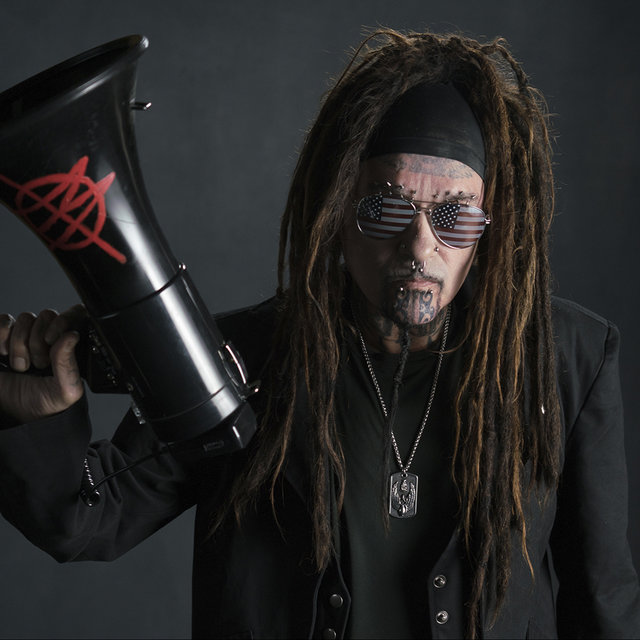 When six-time Grammy-nominated Al Jourgensen had released the final album of his blistering Bush-era trilogy – Houses of the Mole, Rio Grande Blood, and The Last Sucker – where he just railled against George Dubya, he realised that it’s not about the candidate. “I always knew this, but on that album it really hit home that we’re all suckers.”

With the upcoming, politically-charged AmeriKKKant, he wanted to focus on why we would elect someone like Donald Trump, rather than have the songs be about the current administration. “That’s more interesting than who the f*ck’s in charge”, he adds. “Even the ruling class overlords don’t know who’s in charge.  As a society, we’re not pulling our weight. Our value and morality systems are completely out the window, it’s become all about a monetary system, what every action is based on. You make bad mistakes as a human being when you’re chasing the green dragon, the almight dollar. When that’s the motivating factor in our actions, we end up with someone like Trump.  And that’s what I wanted to comment on with this record. “

Produced by Al Jourgensen, recorded at Caribou Studios in Burbank, CA between January and May this year, and with striking artwork created by Mister Sam Shearon, the psychedelic, politically influenced and very much in-your-face AmeriKKKant’s nine tracks are rooted in Jourgensen’s unadulterated anger for what’s happening in America today – the waning respect for the U.S. Constitution, the growing acceptance of one’s opinions replacing facts, the decline of our leaders’ sense of morals, ethics and personal responsibility to the country and to their constituents, and that mad man in the White House.

To support the release of AmeriKKKant, Ministry will headline a five-week North American tour that kicks off March 22, with the enigmatic Chelsea Wolfe supporting.