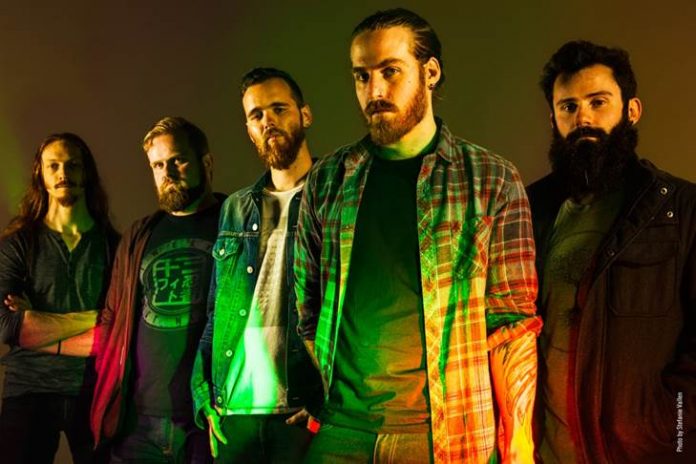 Caligula’s Horse, one of Australia’s most exciting and innovative progressive bands, have released a visually stunning and reflective video for ‘Turntail’ which comes from their internationally critically acclaimed third album Bloom, released globally via InsideOutMusic in October 2015. Watch the video now here:

Filmed at GC Studios on the Gold Coast, Caligula’s Horse further collaborated with one of Australia’s most promising video clip filmmakers in Adrian Goleby, who also worked on the band’s videos for ‘A Gift To Afterthought’ and ‘Firelight’. The aim was to create a video that was uplifting, but also one that conveyed a strong political message.

In ‘Turntail’, a dancer is brightly coloured but trapped in darkness by an external force, and her own fear. She grasps her restraints, fighting against them, and learns to control and harness that fear. The colour gradually returns to her as she stands against the outside force, free and powerful.

Turntail has a message of rebellion, of fighting for freedom, of standing your ground against an oppressor. In Australia, we are engaging in an act of utter cowardice by our treatment of refugees. This is a song of courage, and the most courageous act in a time like this is compassion.

Caligula’s Horse frontman, Jim Grey says of the video; “Turntail is exactly what Caligula’s Horse is about – It’s powerful, energetic, melodic and forthright – this is a song about taking a stand, about fighting for freedom in whatever way you can. Considering the atrocious political climate in Australia and worldwide, I don’t think we could be releasing this single at a more appropriate time.”