CADILLAC THREE GET A ROUND IN 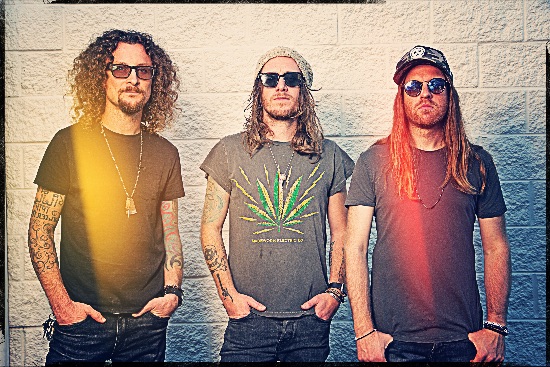 To celebrate their first visit to the UK since 2017, The Cadillac Three have announced they will be partnering with a bar in each city they’re visiting on the upcoming Hillbilly Hypnotized tour for official fan pre-show meetups. As well as a chance for gig-goers to meet fellow fans ahead of the shows, the events will combine discounted beer and food* on the band alongside a chance to win exclusive prizes including t-shirts, signed merchandise and tickets.

One of the most spontaneous and exciting live bands on the planet, the tour sees the Nashville country-fuzz heroes play eight shows across the UK, including a headline performance at The Long Road Festival and a celebratory show at London’s legendary Roundhouse.

Announcing the fan meet-up and pre-game venues, lead singer Jaren Johnston said:
“We’ve been waiting for some years now to be able to come back & play in the UK & couldn’t be more excited to finally be headed over in a couple weeks! The energy is going to be so special. The UK has always felt like home to us & we’ve missed it a lot. To celebrate the tour we’ve added special “Bar Round Here” meetups in each city so fans can have a place to pre-game before the concerts together”.

For more information, visit thecadillacthree.com/barroundhere
Tickets for all tour dates are available now from livenation.co.uk
*offers will vary per venue

The Cadillac Three, who were recently nominated for their second consecutive Group of the Year at the ACM Awards, released their fifth studio album Tabasco and Sweet Tea in 2020 which saw the trio inject some funk into their trademark southern rock sound. The Hillbilly Hypnotized Tour will be the first chance for their legions of UK fans to experience tracks from both that album and its predecessor, the critically acclaimed Country Fuzz, alongside hits from the band’s decade-long career.

On all dates the band will be supported by Lindsay Ell, who has been lauded as “one of the most exciting and talented young artists in country music” by Forbes. A triple threat: accomplished musician, unique vocalist and awe-inspiring songwriter, the Calgary native learned to play guitar while traveling with her father to country-bluegrass camps as a young girl. Her first full length album, The Project was named Billboard’s Country Album of 2017, whilst its follow up Heart Theory was nominated for Country Album of the Year 2021 at Canada’s prestigious Juno Awards. She is currently starring as the host for Canada’s Got Talent.