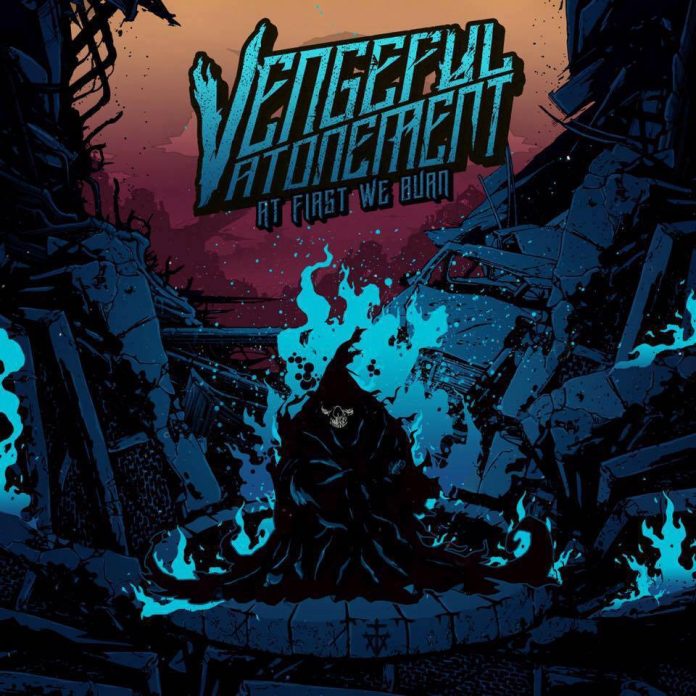 Coventry metal outfit Vengeful Atonement pride themselves on showcasing large amounts of musical diversity. They take influence from many different sources of rock and metal.

Their debut album ‘At First We Burn’ came about from a successful kickstarter campaign, which has enabled the band to self-produce and provide the album for their growing fan base.

‘At First We Burn’ will be released on 30th October at a launch show at the Arches Venue in Coventry. Support will come from local acts Scattering Ashes & Signs of Fire, plus many more.

Vocalist Andrew Percival has commented: “‘At First We Burn’ takes the events of our early years as a band and adds a mythical twist. With new members in the band now adding their own sound to the VA blend, this album promises to bring something a little more evolved from our debut EP ‘False Claims’. The songs were carefully crafted and slowly pieced together to bring you some of the heaviest and most epic songs the band has ever created, whilst remembering who we are with more of our classic guitar harmonies, fast rhythmic bass, super double-kick drumming and heavy breakdowns.”

‘At First We Burn’ track listing:

Previous article
Make No Bones
Next article
Featured Band: Eye Of The Enemy