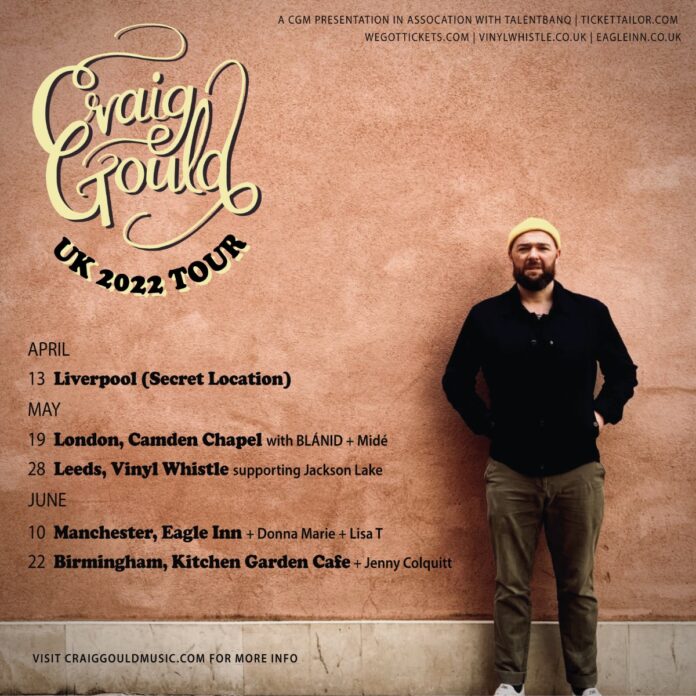 Have your dancing shoes at the ready and allow “BURNED” to transport you straight to the bar for a first hand account of the two-sided tale of this Friday night down the town.

Following on from the huge success of “Captain of the Seas” (Amazon UK Folk Chart #1, iTunes UK Singer/Songwriter Chart #4, Single of the Year shortlisted @MusicNewsMonthly, Track of the Week @BBC Radio Kent) Craig returns with this thumping, energetic anthem which will provide the soundtrack to many a great memory this summer! So call your friends, pour yourself a big one, and get ready to 1, 2, 3 & 4 the night away!

All of the profits from this release will be donated to CALM – Campaign Against Living Miserably, a charity that Craig is very proud to be working in partnership with. Craig has already used his music to raise over £500 for mental health care within the UK, and that’s just the start. “BURNED” will be available in digital format for streaming and purchase from all reputable online music sources from 11.05.22

The single “BURNED” is taken from the debut album “SONGS FROM THE CAMPFIRE” which will be released in SUMMER 2022 as part of Craig’s groundbreaking musical project which aims to inspire considered and compassionate understanding around mental health illness in the UK.